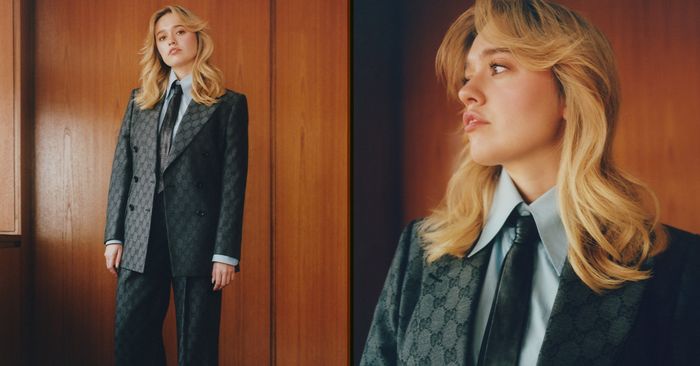 Further down the line, Wood managed to dig deep and excel in an improvised drama exercise during an English lesson at secondary school. “I did this funny Father Christmas character. Everyone was laughing, and it felt so good,” she recalls. “Everyone was shocked because they were like, ‘This kid does not speak!’ From then on, I had completely broken the seal, and you could not shut me up in lessons. You could not stop me from interrupting the class. It was like a lot of things in my life—me going from one extreme to the other and then finding a balance.”

What would that unconfident Aimee who was too scared to audition for Annie say to her now? “I think she’d be like, ‘What? I thought we were going to be a novelist! What have you done? You’re supposed to be Virginia Woolf! You’re definitely supposed to be behind the scenes.’ … She was the girl who loved getting a dictionary out, going through every word, and putting every word into context in a sentence. But I mean, I think she would find it pretty bloody cool, to be honest,” she says.

As our time wraps up and she heads back to filming Sex Education, I ask about what’s in store for season four. “What I love about Aimee this season is that she hasn’t got any other comfort blankets around at the start. Maeve is in America. She hasn’t got Steve anymore. She’s starting a new school, so she’s very much on her own. Although I feel sorry for her in that way, it also makes her go, ‘Okay, who am I without being the best friend or being the girlfriend?’ What she discovers is actually really interesting and unexpected,” she says. “A lot of this series is about her discovering she is clever, and she’s been made to feel like she isn’t because her brain works in a different way. She’s always been the ongoing joke because she says the wrong word and she’s got her head in the clouds, and this season, she goes, ‘Actually, it does make me feel a bit shit that people don’t think I have things to offer.’ It’s really gorgeous that she’s being vulnerable about that, figuring out she’s got so much to say and so much to offer.”

Aimee Lou Wood is certainly someone who has a lot to offer.

Living is in cinemas from 4 November. 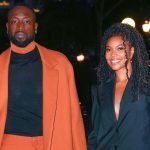 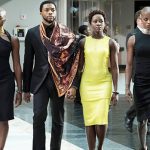