There are questions surrounding Barbie Ferreira‘s character, Kat, who has undergone an evolution for reasons fans can’t understand. In the first season, the exploration of her sexuality was a prominent and applauded story line, but that has fallen to the way side in recent episodes, leaving fans wondering if there’s something more going on.

While there was speculation that Sam cut Kat’s scenes because of a feud, a source close to the production denied the rumors to E! News. Since then other theories have emerged, including the idea that Kat no longer feels comfortable with her web cam business or sexuality because she found out Ethan (Austin Abrams) was one of the men she spoke to in season one. This was first suggested on TikTok, but the idea took off when Kat broke up with Austin, claiming that she had a brain disease.

4. Why is Samantha recording Maddy? And did she tell her to do the same in her room?

In a weird twist, it seems Maddy (Alexa Demie) has been recorded by Samantha (Minka Kelly), the mother of the boy Maddy babysits, as she plays dress up in her closet. Fans spotted a barely visible camera in a clock face, conveniently located in the closet.

At first glance, it seems Samantha is just using this camera to make sure Maddy isn’t stealing and so that she can warn her when she’s on her way home, but Reddit has other theories. Some have suggested that Samantha knew Nate was violent and told her to have a camera in her room in case he hurts her, with one person noting there’s a “sign behind Maddy during the Nate scene that said ‘smile you’re on camera.” 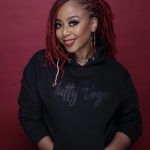 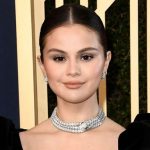