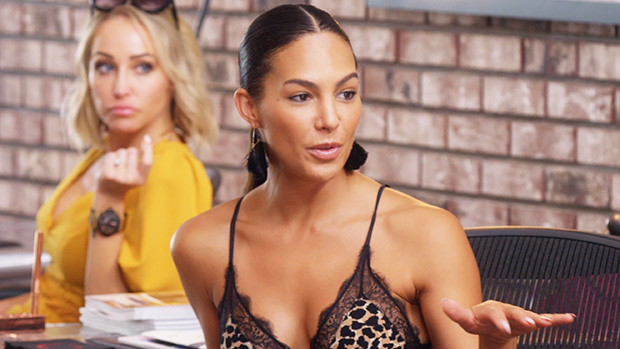 Fans got a glimpse at the drama that has apparently ensued while filming season 6 of Selling Sunset when Chrishell Stause took to Instagram and went off on a “fake” co-star. Now, Amanza Smith is weighing in in an EXCLUSIVE interview with HollywoodLife, in which she also chatted about her partnership with Glad. “I think it’s apparent from social media who have had some turmoil and I am definitely not going to be the one to leak any scoop but I will say it’s very heated,” Amanza teased. “I, personally, hope the drama ceases soon, period.”

Last season, most of the issues among the Oppenheim Group agents surrounded Christine Quinn and her problem-starting antics. However, the star has since exited the series and the OGroup to start her own venture, but it appears drama has remained in her wake amongst the other cast members. “It’s not as chill as I would have hoped it would be,” Amanza continued. “We definitely have new drama with a couple of castmates. We haven’t missed a beat on the drama side.”

The Oppenheim Group’s in-house interior design expert did share her excitement to share more of herself this upcoming season, despite the issues amongst the cast. “This season I think the narrative of my missing ex husband has finally been put to bed and we are focusing and showcasing the amazing projects that I am working on and how we are thriving as a family of three and my love life and all the other amazing things I have going on,” Amanza gushed.

Recall, the star’s ex Ralph Brown, with whom she shared 50/50 custody of their two kids, seemingly “disappeared” in September 2019. In September 2021, Amanza was finally awarded full custody of her children with the former NFL player, and he has “no visitation” until he provides proper information, including an updated contact address, after not being involved in the case in two years. “We’ve not heard a peep. There’s no emails, there’s no phone calls. The family hasn’t reached out, the parents — nothing. I’ve stopped trying to reach out to his family. I’ve ceased all attempts to [communicate],” the Selling Sunset star told Us Weekly in August 2022 of the situation. “I’m not saying that that chapter is closed because it will never be until we hear from him. But for now, we’ve put it behind us and we’ve just accepted this as our new reality and we’ve moved past it and we’re doing quite well considering.”

Speaking of all of the amazing things Amanza has going on, she recently partnered with Glad to showcase Glad ForceFlexPlus with Clorox’s odor eliminating technology as potential homebuyers unknowingly toured a dream home that was secretly filled with hidden bags of trash! “As a real estate agent and interior designer, the Glad Torture Test program felt right to me because when showcasing a house – first impressions are everything and Glad ForceFlexPlus with Clorox bags really help eliminate food and bacterial odors and help keep your home smelling fresh and clean,” she said of the partnership. “One of the most important tips I share with people looking to sell their home is to make sure the home smells nice – in fact, a recent survey showed that 93% of potential homeowners say the smell is important when considering purchasing a home. I liked how Glad wanted to show how well the bags work in a unique way instead of just telling everyone.”

She added, “I’m also a huge fan of Glad and have been using Glad products forever – even after shooting the video for this program, I tried to fit as many Glad ForceFlexPlus with Clorox trash bags in my suitcase because they are just THAT GREAT and a MUST HAVE in my home!” Visit this link to get all of Amanza’s tips for getting your house market-ready or ways to simply create a warm and inviting home, especially during the holiday season! 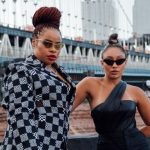 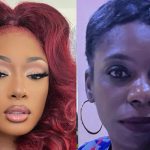