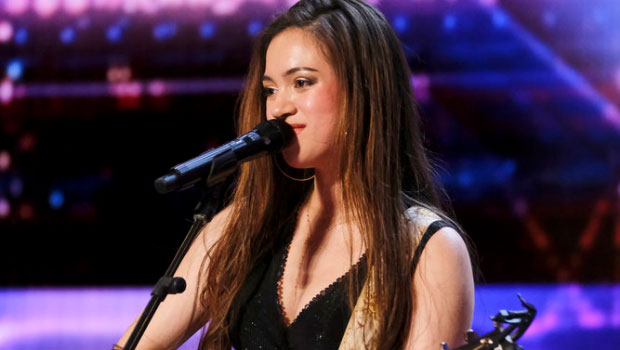 Emily Bland is the first act of the final round of America’s Got Talent auditions. She’s a singer who absolutely loves Garth Brooks. When she begins to sing, she actually sounds just like the country singer. Another man takes the stage after the performance, and he’s her husband. She’s actually a ventriloquist, and her husband is the singer.

Howie Mandel is a fan of what he calls “improvisational lip syncing.” All the judges want to see where this will go. Simon Cowell is “really confused” by the whole act, so he votes with a question mark. But the husband and wife get a yes from the other three judges.

Mentalist couple Mind2Mind takes their mind games to a whole new level. The wife is outside with host Terry Crews, while the husband is inside with the judges. The wife guesses the remaining battery life on Sofia Vergara’s phone before guessing an audience’s written memory correctly. “That was unbelievable,” Simon declares. Sofia is a big fan of this “mysterious” and “spectacular” act. Heidi Klum says she’s “absolutely gobsmacked.” The couple is moving on!

Aubrey Burchell takes the stage next and reveals she has recently been diagnosed as a Level 1 autistic. She sings a beautiful and unique rendition of The Weeknd’s “Call Out My Name.” Simon calls her a “genius” for reworking the song to make it her own version.

The LADS get up close and personal with the judges during their hand-balancing act audition. While balancing his partner on his head, the other LAD walks down in front of the judges. While Sofia thinks the performance was “perfect,” Howie says he didn’t find it “that original.” Simon agrees with Howie. The duo gets a yes from both Sofia and Heidi, but Howie follows Simon with a no.

Aubrey Burchell: 5 Things To Know About The Standout Singer Auditioning For ‘AGT’ Season 17

Mr. Moo Shakes is a drummer who dresses up as a cow and wears a horse mask. This time, Howie is all about this act, but Heidi’s not feeling it. However, Mr. Moo Shakes get a different result than The LADS. Simon knows his son will love this act, so he gives Mr. Moo the yes he needs.

Bay Turner is a singer who almost lost his voice for good. He underwent surgery after doctors found two benign tumors in his chest. The anesthesiologist accidentally paralyzed his vocal cords during surgery. He’s spent hours with voice teachers trying to get his voice back. He sings a rousing rendition of Calum Scott’s “Biblical.” Simon praises Bay’s “really good” voice. Heidi thinks there’s something “extra special” about Bay.

On the last day of auditions, AGT welcomes jump rope group Waffle to the stage. Sofia raves over how perfectly in sync the group’s audition was. The judges also love Unreal Crew and Neguin’s performances on the final day.

Camille K is just 16 years old. She starts her audition, but Simon stops her pretty much right away. He wants to hear something original, and she’s come prepared. “The word beautiful comes to mind,” Simon says. Heidi tells Camille that she has the “whole package.”

The Nerveless Nocks are back after competing on AGT: Extreme. The father-daughter duo climbs up extremely long poles in front of the judges. They then balance themselves upside down. The daughter blindfolds herself. At the end of their performance, they hang upside down again and let go. They stop themselves before they hit the ground. Simon raves over the “unbelievable” performance.

The judges said yes to 138 acts, now they have to pair it down to just 55 acts. They have 6 Golden Buzzers who already have a spot in the live shows. Almost half of the acts are headed home, and the judges got to bat for their favorite acts. They narrow it down to 54 acts and decided the final act will be a wildcard voted on by the public. 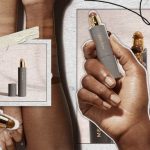 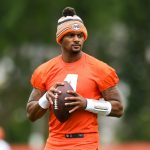