In May, Underwood talked to Variety about his life before and after he came out publicly and also said he had a few sexual experiences with men before joining The Bachelorette as a contestant in 2018, the year before he starred on The Bachelor.

“I’ll say this. I was ‘the Virgin Bachelor,'” he said, referring to how he was marketed on the latter show, “but I did experiment with men prior to being on The Bachelorette.”

He continued, “When I say ‘hookups,’ not sex. I want to make that very clear that I did not have sex with a man, prior to that.”

Underwood does not, however, feel comfortable over-sharing about his love life. Also in May, during an Instagram Q&A, he shut down a fan over a question about how many men he has hooked up with.

“Questions like this are inappropriate,” he replied. “I understand you might know me from the bachelor where I shared a lot about my personal life. I have set boundaries and I’m respecting myself in a way that will lead me to a healthier life.”

He continued, “I never asked to be labeled as the virgin bachelor and have people feel the security to ask me questions about my sex life. It just happened and during that time I thought I had no other choice but to just go with it [or] the network would be mad. I know differently now. I’ll share what I want and this won’t be one of those things.” 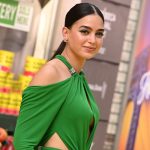