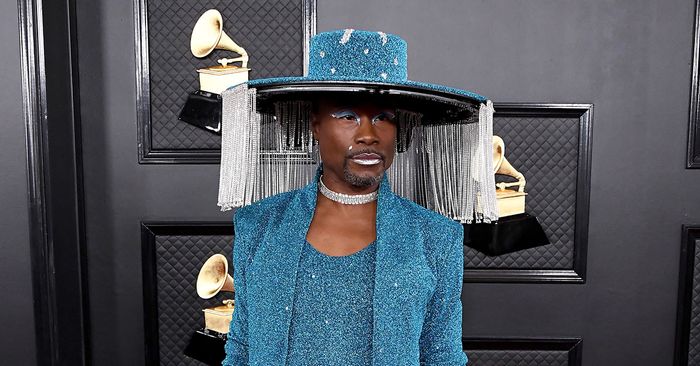 Tonight, the stars of the music world stepped onto the red carpet for the 62nd annual Grammy Awards and they did not come to play. Historically, this is the award show where we see celebs pulling out all the stops in their most over-the-top (and sometimes controversial) looks, and this evening there’s one red carpet moment that stands apart from the rest.

Billy Porter arrived in an ensemble we can only really describe as groundbreaking. Not only did the Pose star show up in a turquoise Baja East jumpsuit with a coordinating cropped jacket dripping in 70,000 hand-sewn crystals, but he topped it all off with a matching mechanical hat, and we can’t decide which fact is more impressive. The hat is engineered to rotate, obscuring or showing Porter’s face through layers of crystal fringe that hang down from the hat’s rim. As he made his way down the carpet, Porter presumably had his stylist, Sam Ratelle, controlling the hat’s movement with a remote. As you can imagine, the entire thing was next-level—Porter didn’t show up; he performed.

Ahead, take a look at Billy Porter’s striking Grammys ensemble. 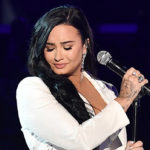 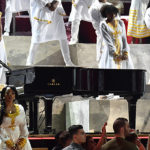