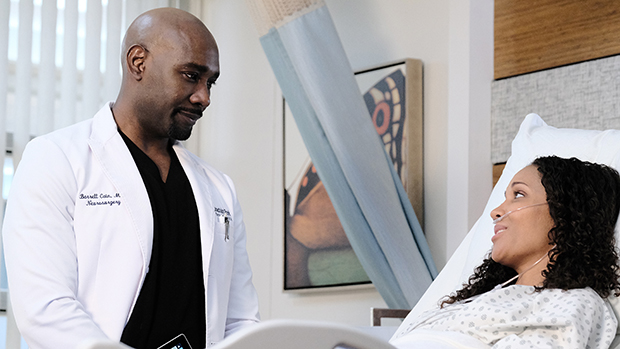 Cain crosses paths with his ex-girlfriend in this EXCLUSIVE preview of ‘The Resident’ season 3 finale when she comes to the hospital. He shows a softer side that shocks Nic and Devon.

Nic tells a patient named Justine that she may need surgery, so she’s bringing in a neuro consult. While Nic and Devon believe Reynolds is coming, Cain shows up. He’ll be doing the operation. When Cain sees Justine, he smiles. She calls him by his first name, so these two were clearly close at one point. Nic and Devon are a little confused at this point.

Cain admits that he didn’t recognize Justine’s name when he was looking at her chart. Justine says she had a baby, gotten married, and divorced. “Ryan was a bad choice,” Justine says as she gazes at Cain. She asks him if he’s married. “Only to my work,” Cain says. She also asks, “How’s Katie and your mom?”

At that point, Cain tells Nic and Devon that he’ll take it from here. Nic and Devon walk outside the room to discuss what just went down. “Do you think she’s an ex?” Devon asks. Nic replies, “Of course.” She wonders who Katie is. “And he has a mom,” Nic quips. Devon says, “Well, he didn’t just spring fully formed from Satan’s head.” Nic knows she’ll get more information out of Justine because she’s a “talker.” Both Nic and Devon are excited to learn more about the mysterious Dr. Barrett Cain.

The synopsis for the season 3 finale reads: “Just when Derek’s condition seems to be improving, a severe complication arises, causing Kit to fear that he may be the latest victim of Cain’s cover-up. When Cain’s former girlfriend is admitted to the hospital for surgery, the doctors finally get a glimpse into his personal life. Meanwhile, Conrad fills in Marshall on the emergency situation facing the hospital and Mina and The Raptor work on saving the heart of a salsa dancer.” The Resident season 3 finale will air April 7 at 8 p.m. on FOX. 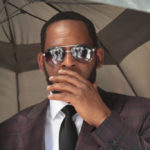 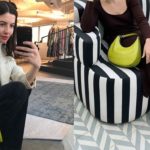