Carnegie Mellon University is making its stance clear that it will not tolerate, support or condone the highly controversial remarks from school Professor Uju Anya. In a formal statement posted to the school’s official Twitter account, Anya’s remarks were directly addressed.

“We do not condone the offensive and objectionable messages posted by Uju Anya today on her personal social media account. Free expression is core to the mission of higher education, however, the views she shared absolutely do not represent the values of the institution, nor the standards of discourse we seek to foster,” the statement read.

Following a mountain of backlash, including from the richest man in the world, Amazon founder Jeff Bezos, Twitter removed multiple tweets from Uju Anya—specifically one that read, “I heard the chief monarch of a thieving raping genocidal empire is finally dying. May her pain be excruciating.”

Another tweet that was also removed from Anya said, “That wretched woman and her bloodthirsty throne have f**ked generations of my ancestors on both sides of the family, and she supervised a government that sponsored the genocide my parents and siblings survived. May she die in agony.”

As of now, Carnegie Mellon University has not publicly stated whether or not it plans to enforce any disciplinary action against Uju Anya due to her messages. 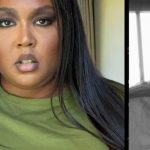