It looks like Casanova has turned himself in after the FBI announced earlier this week that they were looking for him in connection to a racketeering case.

According to the New York Daily News, he surrendered to authorities Wednesday night at the Midtown South precinct in Manhattan. As previously mentioned he is one of 18 members of the “Untouchable Gorilla Stone Nation” gang that is facing racketeering conspiracy, firearm possession, and conspiracy to distribute controlled substances as part of an indictment unsealed in a federal court on Tuesday.

After he was named in the case, it was revealed that he faces up to life in prison, with a mandatory minimum of 10 years. Feds claim that he is responsible for trafficking drugs in and around New York City.

As previously reported, U.S. Attorney Audrey Strauss said, “As alleged in the Indictment, members of Gorilla Stone committed terrible acts of violence, trafficked in narcotics, and even engaged in brazen fraud by exploiting benefits programs meant to provide assistance in response to the COVID-19 pandemic. Because of that, communities across the Southern District – from Poughkeepsie to Peekskill to New York City – suffered. Most shocking, as alleged in the indictment, a minor was murdered in furtherance of the gang’s activities.  Because of the extraordinary work of our law enforcement partners, the defendants now face federal charges for their crimes.”

Casanova’s girlfriend, and the mother of his daughter, shared a video of him from Wednesday night before he turned himself in and said, “Don’t believe everything you see! My husband is innocent until proven guilty always remember that and we’re gonna fight for his freedom. 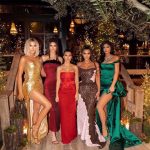 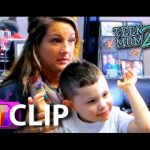