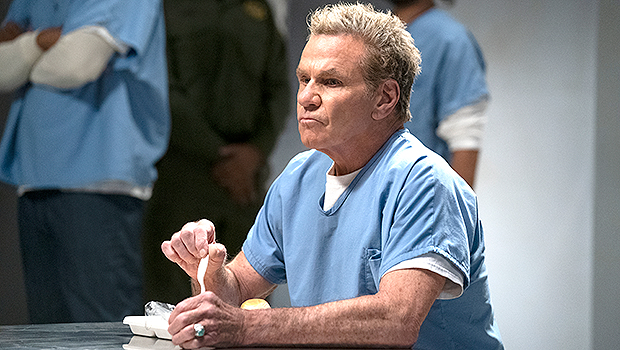 Terry Silver got the upper hand (for now) with John Kreese, framing him for the assault on Stingray. When Cobra Kai season 5 begins, Kreese finds himself in prison as Silver takes over his beloved dojo. Martin Kove spoke EXCLUSIVELY with HollywoodLife about how Kreese is going to handle this shocking betrayal. Silver better watch his back.

“The writers don’t give us a lot about the future, so what Kreese is working on is functioning within the prison and how to deal with what his goal is. Unquestionably, his goal is John Kreese gets his revenge,” Martin told HollywoodLife. “There’s no question about that. That’s the goal in the future. And that’s the plan. I don’t have the plan because it cannot be given to me. So the plan right now really is to make the best of his situation in jail and turn it inside out. If you know the background of John Kreese, turning things inside out and getting what he needs is usually inevitable.”

Landing in prison for something he didn’t do isn’t the worst aspect of this situation for Kreese. Kreese knows Silver’s intentions with Cobra Kai aren’t pure, and that is the biggest betrayal.

“In taking over, he’s taken away the essence of what we wanted to create. Back in the early days. He never was in the dojo. John Kreese was always in the dojo taking care of it at the beginning, and Terry subsidized us with the money to keep the early days of Cobra Kai going,” Martin said. “In season 3 when I walked in there and took over the dojo, that wasn’t my plan. When I was first introduced in the show, I wanted the writers to write me as much vulnerability and textures as they could outside of him being a villain. He’s not a villain. He’s misunderstood. But what he has is a plan. He wants to make Cobra Kai better, so when he joins up with Johnny in season 2, his plan isn’t to take over the dojo. His plan is to be a part of the dojo, part of the success of them winning the All Valley.”

He continued, “But by the end of the season when Miguel gets hurt because Johnny’s been teaching to be merciful because Johnny’s been teaching a little taste of Miyagi-do, that’s intolerable. He has violated Cobra Kai, and the only thing that I think that John Kreese loves more than Johnny Lawrence is Cobra Kai. Once you violate the integrity of Cobra Kai, then you shouldn’t be there and you should be a sensei any longer. So John Kreese takes over the dojo for that reason, not because of his lack of love for Johnny but just because Johnny violated the integrity of Cobra Kai. And anyone, including Terry Silver, who violates the most important thing for John Kreese, which is Cobra Kai, people suffer. So if I can answer your question, John Kreese will get his revenge, and Terry Silver will suffer.”

Martin has ideas for what a Kreese vs. Silver showdown could look like. He would love for Kreese to have a “sword fight” with Silver. “My personal revenge has to be very creative and well-choreographed. I can’t wait for the writers to finish up with the show Obliterated that their shooting now, and I can sit down with them and say how I can command the termination of Terry Silver,” the actor revealed.

The 76-year-old admitted that having Kreese confined to prison for season 5 was “uncomfortable” for him as an actor since he wasn’t working with his usual castmates. However, he was able to explore other aspects of Kreese that he hadn’t been able to before.

“Working with a psychiatrist, going to the cafeteria, going out of my cell, those things were really fun to play because there was some really expansive vulnerability there,” Martin noted. “I love playing vulnerability. It’s why I signed on to this show, to play texture with this character, not make him the tough guy that he was in all the movies. They wrote me a lot of that in the backstories and in the flashbacks, and they’re giving the character more and more texture now, especially since he’s been double-crossed and framed.”

One of the core dynamics in Cobra Kai is the complicated relationship between Kreese and Johnny Lawrence, which steps all the way back to The Karate Kid movies. Martin stressed that Kreese has so much love for Johnny and always will.

“I still love and treat him as my son, the son I never had. He’s the best student I ever had,” Martin said about Kreese’s love for Johnny. “He had a chance if it wasn’t for that illegal kick. To this day, he is the Karate Kid. Not Ralph Macchio. And the great kick was as illegal as pulling the trigger in a liquor store. The bottom line was he suffered because nobody remembers who comes in second, and I know that. I’ve tried to reinforce that all the time throughout all these seasons. And I keep having scenes with him saying, ‘You know, we have to try it again. We have to try it again in various different vernaculars.’ Kreese doesn’t give up because he loves him, despite all the negativity that Johnny feels for Kreese. As any parent would love their child, if that child does something illegal, is taken to court, or whatever, the parent will always love the child. You can’t just remove that. It’s instinct. That’s how John Kreese feels about Johnny. As dark as it becomes in season 5, he still cannot do wrong in my eyes. He’s still the son I never had. He’s still the best student I will ever teach, and if I have to bring him to my side through other forms, it remains to be seen in future seasons.”

In addition to Cobra Kai, Martin also has a podcast, Kicking It With The Koves, with his two kids, Jesse and Rachel. The actor opened up about getting to spend such quality time with his children. “I never knew they were so articulate on the radio. It’s amazing. The acumen that my son has, the articulation and intellectuality that my daughter has. She’s a life coach and my son guest-starred on the show. He’s an actor. We’re doing a Western next month together, a movie called Far Haven. He’s a very formidable actor. He follows in my footsteps, while Rachel really loves acting, but she’s been a therapist for a long time and just has a wonderful company that deals a lot with mental health.” Cobra Kai season 5 will launch globally on Netflix on September 9. 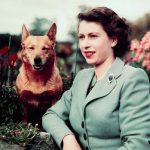