Twin divas Darcey Silva and Stacey Silva are back from a second season—and it really is double the drama.

The first season of hit TLC series Darcey & Stacey ended with a rushed wedding and a surprise engagement. Now, a jaw-dropping sneak peek at season two shows the Silva sisters are nowhere near settling down. From breast reductions to updated veneers and a posh trip to Turkey, Darcey & Stacey promises humor, heartbreak and of course, high-maintenance issues.

“We’re the twin queens of the world!” Darcey laughs on a yacht.

Scene-stealing Darcey first shot to fame on 90 Day Fiancé as fans watched her tumultuous romance with Jesse Meester crumble. Darcey moved on with Tom Brooks, but their short-lived affair fell apart after a heart-breaking confrontation. Just as Darcey swore off love, she fell for now-fiancé Georgi Rusev on a dating app. Yet their whirlwind romance may have a darker undertone. 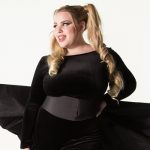