50 Cent is truly the king of controversy, and that doesn’t look like it’ll change anytime soon.

On Wednesday, he posted a response to a video from actor De’Andre Bonds. While Bonds doesn’t say 50’s name, it appears that it’s addressed to him.

Skully, as many people call him by his “Snowfall” character name, used Suge Knight’s iconic Source Awards speech and switched the words around. He stated, “If you don’t want the executive producers all in the movie scenes, all on the T.V. screens trying to steal the shine from the actors, come to “Snowfall.” You already know!”

50 replied with a not-so-flattering picture of Bonds and said, “Every now and then I get a hater. Note to self, never give this n***a a job. F**k outta here Green Light Gang.”

Speaking of 50, most recently, it was reported that three new cast members are joining his upcoming show, “Black Mafia Family,” including hip-hop legend Snoop Dogg and actresses La La Anthony and Serayah.

The real life story of Demetrius “Big Meech” Flenory and Terry “Southwest T” Flenory inspired the drama series. The Flenory’s are two brothers from southwest Detroit who became one of the most influential crime families in US history.

Starz approved “Black Mafia Family” in April 2020. Randy Huggins, a Detroit native, and writer/executive producer is named as the showrunner. Actress and director Tasha Smith is set to direct multiple episodes on season one of the show. 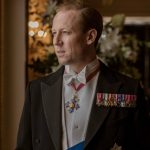 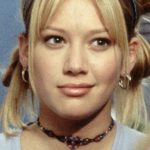