Kim Kardashian has been caught wed-handed!

The reality star and mogul confessed that, despite some doomed relationships in her past, she has hope for the future, in this clip from the May 5 episode of Hulu’s The Kardashians.

“I believe in love,” she says. “That’s why hopefully there will be just one more wedding for me. Fourth time’s the charm!”

While she didn’t name him specifically, it’s safe to assume that, at least for the moment, Kim is referring to her relationship with boyfriend Pete Davidson.

Of course, Kim isn’t the only hearing wedding bells. Sister Kourtney Kardashian got engaged to Travis Barker in October 2021, which is also chronicled in the May 5 episode. 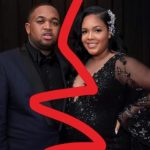 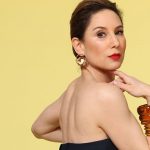