On a recent episode of the “Daily Wire” podcast, Donald Trump is expressing his belief and support of the COVID-19 vaccine. Something that he has been publicly speaking about, as of late.

After receiving boos, when he told an audience he received a booster shot this past weekend, he corrected Candace Owens on misinformation and took credit for creating the vaccines.

Trump stated, “I came up with a vaccine, with three vaccines. All are very, very good. Came up with three of them in less than nine months. It was supposed to take five to 12 years.”

Trump may support getting the shots, but he still appears to be against mask and vaccine mandates. “People have to have their freedom.”

Trump went on to elaborate on the vaccine, “Look, the results of the vaccine are very good, and if you do get it, it’s a very minor form,” he continued. “People aren’t dying when they take the vaccine.”

In response to Trump’s statements, President Biden spoke and said, “Let me be clear,” the president said. “Thanks to the prior administration and our scientific community, America was one of the first countries to get the vaccine. Thanks to my administration and the hard work of Americans, we led a rollout that made America among the world leaders in getting shots in arms.”

Biden also said that “it “may be one of the few things he and I agree on.”

In another portion of the interview, Trump expressed more assurance surrounding vaccinations. “Oh no, the vaccines work, but some people aren’t the ones. Trump interjected. The ones who get very sick and go to the hospital are the ones that don’t take the vaccine. But it’s still their choice. And if you take the vaccine, you’re protected.”

If you recall, Trump stated that the Coronavirus was a “new hoax” for the Democrats in 2020. He also stated that he wanted to “downplay” it because he didn’t want to create “panic.”

Roomies, what do you think of these new statements? 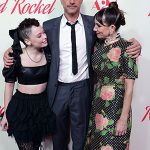 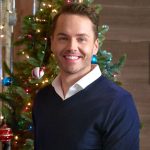