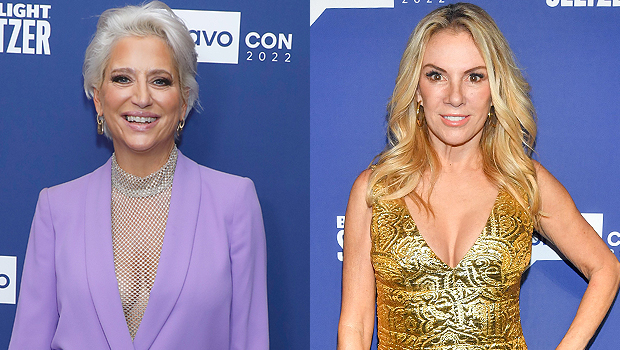 The Real Housewives of New York City alum Dorinda Medley has hit back against Ramona Singer‘s claim that the highly anticipated RHONY Legacy show will be full of losers. “I mean, I don’t think that she should have said that. I hope we’re not the loser show, I mean that would be terrible,” the 57-year-old reality star and businesswoman told HollywoodLife‘s Pay Attention Puh-Lease! podcast EXCLUSIVELY while promoting her partnership with Amazon devices and Ring on Oct. 27. “I think the best thing to do is, I come from the school of just keep your mouth shut,” she later added. “Just don’t say anything because you’re only going to get yourself in trouble.”

RHONY: Legacy is the unconfirmed running title of an upcoming RHONY spinoff show that will feature some of Bravo fans’ favorite RHONY alumnae. However, when asked if she would be willing to join on Oct. 17, Ramona, 65, responded with much skepticism. “I’ve been there for a long time. I mean, never say no, never say never, but I also feel like the Legacy [show], how could it be really good? The people they are gonna bring back are the people they didn’t want to renew anyways,” she theorized while chatting with the Reality with the King podcast “So now what? Are you gonna call it The Loser Show the Loser Legacy?”

Dorinda previously theorized that Ramona’s comments about the Legacy show were a defense mechanism. “It’s a been difficult time for all of us because we’ve all been in limbo for a long time, so maybe she was safely reacting to protect herself,” she hypothesized to Page Six on Oct. 27. “Maybe she’s worried.” The former Housewives stars “in limbo” include all the members of the Season 13 cast of the show:  Luann de Lesseps, Ramona Singer, Sonja Morgan, Leah McSweeney, and Eboni K. Williams, the show’s first Black member. The season suffered from such low ratings in 2021 that its reunion episode was canceled and the show was put on pause. Since then, a new cast for Season 14 of the show has been announced: Sai De Silva, Ubah Hassan, Erin Dana Lichy, Jenna Lyons, Lizzy Savetsky, Jessel Taank, and Brynn Whitfield. The cast list for the Legacy show is still unknown.

Meanwhile, Dorinda exited the show in 2020 after she was reportedly fired. “What a journey this has been. I have laughed and cried and tried to Make it Nice…But all things must come to an end,” she wrote in an Instagram post on Aug. 25, 2020. “This was a great outlet for me to heal when my late husband Richard passed away. I have met so many interesting people and learned so much about myself, about life and about women along the way. Thank you to Bravo and NBC for the incredible ride and to my cast mates for constant stimulation and entertainment. I wish you all health, happiness and success. Dorinda The bigger the better. I hope that we have a lot of the girls from the past.”

Dorinda hinted to HollywoodLife back in March during an EXCLUSIVE interview on the Pay Attention Puh-Lease! podcast — before the Legacy spinoff was announced — that she could be returning to Bravo television. “There’s always a chance. I love when people say, ‘Are you coming back next year?’ it’s like, it wasn’t my decision to leave. That’s up to the greater gods of NBC and Bravo and stuff. It’s up to you guys to put it out there,” she noted.

And in her Oct. 28 chat with HL, she teased that she is “close” to being on the show, but did not confirm anything. She also noted she would absolutely love to see her former co-stars on the Legacy show. However, she mentioned that it may be interesting to add fresh faces as well. “There are so many great women out there of our age. I would hope that we don’t have to just have only people from the past. It would be great to see some new blood in the cast,” she explained.

Kyle Richards’ Kids: Everything to Know About Her 4 Daughters

At this point, Dorinda wasn’t able to reveal whether or not fans would see her in the upcoming spinoff, but she did fill HL on her partnership with Amazon Devices and Ring, which are helping her get ready for Halloween. One of her tips? Integrating modern technology with traditional Halloween design elements. “It’s so interesting when you can integrate your smart Amazon devices,” she explained. She then gushed that her Ring doorbell connects with her Echo device, which welcomes guests with a Dracula voice. “It dims the lights, puts on the music, and it just helps me to integrate all of my decorating,” she raved. We wouldn’t expect anything less from Dorinda! 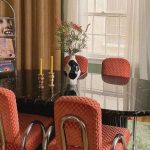 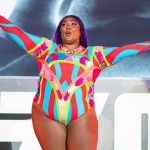