When it comes to receiving credit, everyone wants theirs. Yesterday it seemed like it was Draya Michele’s turn to want her credit over a pose. She became a topic of discussion after she shared a post posing with model and entrepreneur Tanaya Henry eating fruit in a throwback picture. However, it wasn’t the picture that turned heads. It was the caption that said Black women are the real blueprint and don’t forget it. This happened shortly after the latest SKIMS campaign dropped, with Megan Fox and Kourtney Kardashian doing a similar pose as Draya and Tanaya. Both pictures had women feeding each other fruit.

Draya didn’t call Kourtney and Megan out directly, but people online felt it was clear she was seemingly talking about the women. This is the second time this year that a celebrity has spoken out about not receiving proper recognition for the content they created. If you recall, we recently reported back in May that Shannon Clermont felt some type away about the City Girls “copying” a pose she did with her twin sister Shannade. In a video, JT & Yung Miami had climbed onto each other while they were promoting “Twekulator.”  Shannon went to express her dislike on Twitter, where she exchanged some words with Miami. Miami took the high road, cleared the air, and said that she wasn’t here for the shady s**t and that no one tried to discredit them.

Some of the Roommates felt like the conversation about poses was unnecessary. One comment said, “Eating fruit in a new photoshoot is not new. Relax.” However, some Roommates did agree that Black women are the blueprint. Another comment said, “I don’t disagree with the black women are the blueprint, but I think I don’t think they copied.” Thoughts Roommates? 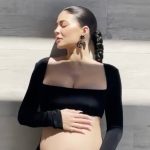 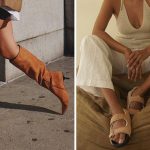