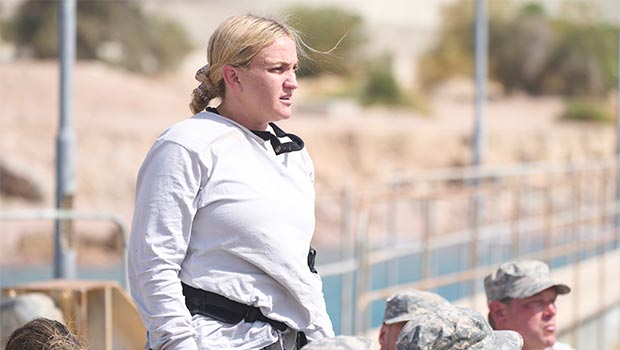 By day 2 of Special Forces: World’s Toughest Test, only 12 recruits remain. Right away in the January 11 episode, Jamie Lynn Spears doesn’t think she can do one more night. She cries to one of the DS about missing her kids and admits she feels like a “crap mom.” She hands over her wristband and leaves.

Jamie Lynn is the fifth recruit to leave Special Forces. After Jamie Lynn’s exit, the DS brings in Mel B to dig deeper with her. They acknowledge that she’s doing well but point out that there’s a “massive seed of self-doubt trying to push its way through” her.

Day 3 begins with a new test. The remaining recruits will face the intense pressure of a special forces drill. They are going to be plunged underwater while trapped in a car. The recruits must remain underwater and hold their breath for 20 seconds in order to pass.

Carli Lloyd is first up. The soccer star takes her hand off the wheel before the signal and fails the test. Mel B is next and passes with flying colors. Dwight Howard, Hannah Brown, Gus Kenworthy, Beverley Mitchell, and Kenya Moore all pass as well. Mike Piazza and Anthony Scaramucci fail after not following orders.

Jeff Beck’s Wife: Everything To Know About His 2 Marriages To Sandra Cash & Patricia Brown

Nastia Liukin is the last up, and she’s unsure if she wants to attempt the test at all. She says she’s claustrophobic and can’t hold her breath for more than 10 seconds. Nastia’s uncertainty doesn’t go over so well with Gus. “She’s wanted to quit two of them now, and it’s just annoying,” Gus says.

Remy, one of the DS, is in the car with Nastia as she tackles the test. She is able to complete it, but she’s still beating herself up. Gus doesn’t help things by shading her for taking an hour. Following the car plunge, the recruits have to drag their heavy bags out of the water and carry them while soaking wet.

Tyler Florence: 5 Things To Know About The Famous Chef Competing On ‘Special Forces’

Nastia decides that she wants to leave Special Forces because she got special treatment. Gus does actually try to convince her to stay. “Don’t quit on yourself,” he says, but Nastia walks off. Nastia believes she’s letting down her teammates. Mike also tries to get Nastia to stay, but she’s already made up her mind. Nastia tells the DS that some of her teammates are uncomfortable with her receiving special treatment, so she hands in her wristband.

Only 10 recruits remain. The DS team picks Gus as the next recruit to analyze. They confront him about showboating earlier in the day, and he gets honest about why he got snippy with them.

The tension amongst everyone boils over as the day ends. Kenya complains about Mel B’s cigarette smoke, which sets Mel B off. The Spice Girls icon decides to quit right then and there. Mike’s attempt to get Mel B to stick around fails. “I think I’ve done what I’ve set out to do,” Mel B says. She hands in her wristband, and now there are just 9 recruits after 3 days. 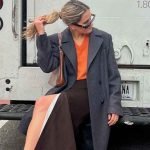 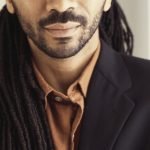