Hunter Schafer has volunteered as tribute.

The Euphoria actress has officially joined the cast of the highly-anticipated The Hunger Games: The Ballad of Songbirds and Snakes.

For the prequel film, Hunter is set to play Coriolanus Snow’s cousin and confidante, Tigris Snow. Her purpose? Advising the future tyrannical President of Panem “in everything—from his role as mentor to the core of his moral compass” during the 10th annual Hunger Games, according to a press release.

As fans of the OG films may remember, Tigris is the ultra fashionable, tiger-like stylist who hides Katniss (Jennifer Lawrence), Gale (Liam Hemsworth), Peeta (Josh Hutcherson) and others in her shop in the fourth and final film.

Directed by Francis Lawrence, who previously directed the franchise’s Catching Fire, Mockingjay Part One and Part Two, the film is set to debut in theaters in November 2023. 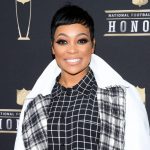 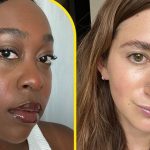