In an interview on the “Daily Wire Show,” Candace Owens sat down with Donald Trump. The two discussed a wide range of topics, including the very obvious vaccine and COVID-19. In a surprising change of events, Trump pushed back on some of Candace Owens’ rhetoric, and the phrase “Even Trump” trended on Twitter.

“Oh no, the vaccines work, but some people aren’t the ones. Trump interjected. The ones who get very sick and go to the hospital are the ones that don’t take the vaccine. But it’s still their choice. And if you take the vaccine, you’re protected,” Trump also stated.

The former president continued to say, “Look, the results of the vaccine are very good, and if you do get it, it’s a very minor form. “People aren’t dying when they take the vaccine.”

Contrary to Owens’ statement, “Biden has presided over about 353,000 deaths in a little over 10 months, compared to about 425,000 for Trump in his final 10-plus months,” @washingtonpost reports. Essentially, there have been fewer COVID deaths under Biden compared to Trump, according to the @cdcgov.

If you recall, Trump stated that the Coronavirus was a “new hoax” for the Democrats in 2020. He also stated that he wanted to “downplay” it because he didn’t want to create “panic.”

Roomies, what do you think of these new statements? 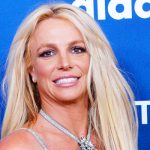