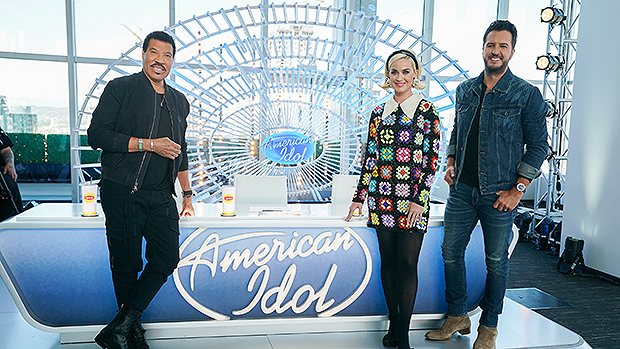 The auditions come to an end on the March 15 episode of ‘American Idol,’ and the final singers impress the judges more than ever!

The final night of auditions on season 18 of American Idol begin with Robert Taylor. After battling some nerves, he performs “Bruises” by Lewis Capaldi and impresses the judges. They happily give him three yeses, so he’s onto Hollywood. Next up, Jafar Hurambi sings “Famous” by the Pussycat Dolls, while also showing off some dance moves. He’s quite entertaining, but he’s definitely not ready for Hollywood, and the judges all agree, so Jafar will not be moving on in the competition.

Grace Leer is the next performer. She previously auditioned for American Juniors 15 years ago, and now she’s ready for the real thing. Grace performs “Crowded Table” by The Highwomen, and it’s extremely impressive. It’s so good that the judges want to hear more, and she belts out some “Crazy” by Patsy Cline. It’s, of course, a resounding round of yeses from the three judges. Up next, Franklin Boone sings “Dreams” by Fleetwood Mac. He captivates the judges with his performance, and he gets the golden ticket to Hollywood.

Next, Luke Stafford confuses the judges a bit with his performance — his saxophone playing skills are top notch, but his voice just isn’t there. Roselyn Carter sings next, and while his church-inspired performance is impressive, the judges want something more. So, he performs “So High” by John Legend and captivates them, earning a golden ticket to Hollywood.

Megan Knight gives the judges a powerful performance next, earning her golden ticket to Hollywood. Up next, Gilberto Rivera shows off his unique style while singing “Proud Mary” by Tina Turner. Katy Perry is so into it that she gets on her feet and starts dancing, and soon enough, the other judges join. All of the judges give Gilberto a yes, so he’s onto Hollywood!

This season, there’s so much talent, that the judges, unfortunately, have to turn down good singers, simply because they aren’t “great.” Hoping to have better luck, though, is Aliana Jester. She belts out “Who’s Lovin’ You” by the Jackson 5, and instantly puts a smile on the judges’ faces. Unsurprisingly, she gets the yes for Hollywood.

The next performer is Jahzan, a homeless woman who lives in New York City and is relying on American Idol to get out of the life she’s currently living in. The judges hang on her every word during her performance, and even though they admit that she needs some coaching, they waste no time giving her the golden ticket to Hollywood. Next, Jordan Moyes sings “I’m On Fire” by Bruce Springsteen and gives the judges goosebumps. Of course, he gets his ticket to Hollywood.

Demi Rae is up next. She presents the judges with a letter she wrote as a child, where she promised to go on American Idol one day. Demi doesn’t disappoint with her rendition of “Mad At You” by Noah Cyrus. Demi is open about her insecurities, but the judges urge her to be confident, and she gets her golden ticket to Hollywood. Unfortunately, next, the judges have to give out another ‘no’ to Nash. However, they give him some invaluable advice as he continues his career.

The next singer is Makayla Brownlee. She sings “Travelin’ Soldier” by the Dixie Chicks, and the judges have some advice for her, but are also very impressed by the uniqueness in her voice. Makayla gets three yeses to go to Hollywood! The final audition of the night is Amber Fielder, who is 38 weeks pregnant, and will be placing her baby up for adoption. Amber belts out “Trust In Me” by Etta James, and it’s absolutely stunning. It’s an amazing way to end the night, as the judges happily give her a golden ticket to Hollywood.

Now, the auditions are over, and Hollywood Week is up next! The next round will begin airing on March 16 at 8:00 p.m. on ABC. 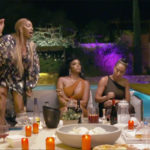 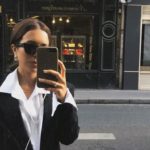