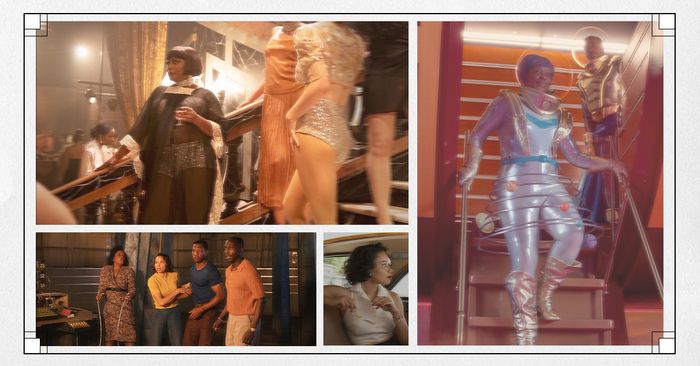 The days get shorter, the nights get longer, and temperatures, hopefully, begin to drop as summer turns into autumn and we prepare for all things pumpkin spice to reign supreme. While fall fashion is a favorite among Who What Wear editors and readers alike, there’s one seasonal trend we tend to disagree on: the reemergence of all things spooky as we gear up for Halloween.

Although some horror lovers are already planning their looks for October 31, I prefer to celebrate in a more subtle and sustained fashion by loading up my streaming queue with old favorites and new finds. At the top of my list this season is Lovecraft Country, a horror-drama series written by Misha Green, which premiered last year on HBO. The 10-episode season was nominated for a slew of Emmys, including Outstanding Drama Series, Outstanding Lead Actor and Actress in a Drama Series, and, of course, Outstanding Fantasy/Sci-Fi Costumes, which honors costume designer Dayna Pink.

Pink—who got her start as a stylist for boy bands and broke into the world of costume design with a little help from Tenacious D—cared deeply about this project, which stretched her creativity to the max. With pivotal scenes spanning from the 1921 Tulsa Race Massacre to some far-off future where humans have conquered outer space, Lovecraft Country is truly expansive.

The world-building alone is daunting, and throwing historical events, shape-shifting, and space travel into the mix (plus hundreds of background actors) seems downright terrifying—but not to Pink and her team. They combined historical research with modern-day design, aging techniques, and fabric sourcing to create a truly rich fantasy world full of memorable, occasionally haunting characters.

Despite all of the fantastical elements of the series, the horror feels especially poignant when grounded in historical events. The show follows members of the Freeman family and their friends as they travel through 1950s Jim Crow America in search of a man and end up stumbling upon their magical legacy.

With the majority of the show taking place in the ’50s, one would expect to see the usual fashion fanfare: saddle shoes, poodle skirts, and pearls. But typical to the horror genre, appearances are not what they seem in Lovecraft Country, both literally and figuratively. Lightning may strike, but this show is light-years away from Grease.

Inspired by the contemporary music that scores each episode (think: “Clones” by Tierra Whack and “River” by Leon Bridges), Pink and her team took some liberties in their costume design, preferring to use new materials, delicate jewelry, and sophisticated accessories to adorn the characters in this ensemble cast, including Leti Lewis (Jurnee Smollett), Montrose Freeman (Michael K. Williams), and Ruby Baptiste (Wunmi Mosaku) to name a few. “One of the most amazing things about designing this show was the fact that we had room to root ourselves in the period and then pivot to add some modern elements, so we were never bound to the exact moment,” explains Pink. “We used classic ’50s undergarments and silhouettes but spoke to the fantasy elements by using current fabrics and touches, which gives the show its own look.”

When asked to pick a favorite design, Pink laughs. With most of the costumes created by her team from scratch (only a few items were actually vintage pieces from the era), it’s nearly impossible for her to choose just one. But focusing on two characters, sisters Leti and Ruby, there are clearly a few showstoppers. “[Mosaku] was so much fun to dress,” gushes Pink. “We loved creating all of her looks, from the blue dress at the block party—my favorite—to the red-shorts outfit, which was actually suggested by Misha, the director.” Also, Leti’s equestrian outfit with the pussy-bow blouse was particularly memorable. Pink stumbled upon the patterned silk in a fabric store and immediately knew it was right for the character and that particular scene.

Menswear, however, presented a different challenge. Since men’s fashion is less trend-driven than women’s, it takes the keen eye of a stylist to get the look just right. Fortunately, that’s Pink’s strong suit. A lover of men’s fashion, Pink has worked with Will Smith and Steve Carell for years and understands the styling nuances that can help cultivate a sense of time and place. For instance, Atticus “Tic” Freeman (Jonathan Majors) has just returned home from the Korean War and possesses not only a soldier’s rigid stance but also his trusty, worn boots. “All of Atticus was born for me when I found his seafoam T-shirt,” recalls Pink. “It was simple and period and the most beautiful, soft shade. I knew it was going to be the soul of his closet, and it was.”

Conversely, Montrose, Tic’s secretive, solipsistic senior, carries himself with a different sense of self-awareness and swagger. Pink and her team used distressing techniques to make this character’s wardrobe look worn and dated, playing a lot with proportions and the fit. Of course, we both agree that Williams could be wearing a potato sack and still be utterly captivating on-screen.

Speaking of potato sacks—sincerely—this ramshackle cloth was the inspiration for the costumes of two of the creepiest characters in the entire show: Topsy and Bopsy. Modeled after Topsy, an enslaved child in the controversial 1852 novel Uncle Tom’s Cabin, this duo emerges from a physical copy of the book to torture Atticus’s younger cousin Diana “Dee” Freeman, who is already grieving the murder of her friend, 14-year-old Emmett “Bobo” Till, an event that references the real-life lynching of a young man of the same name and age in 1955.

Clad in distressed silk doll dresses printed with potato sack logos, striped knee socks, and red or white canvas sneakers, these malevolent spirits are made up in a caricatural minstrel style and move with eerily coordinated physicality. These truly terrifying children convey Dee’s innermost fears about growing up during this era of extreme violence and explicit segregation. If this episode, “Jig-a-Bobo,” doesn’t send chills down your spine, nothing will.

When designing costumes that were not only period appropriate but also true to history, Pink and her team felt compelled to honor the real events that were portrayed in the show. “Those were the moments where we stepped back and tried to do justice to our research because that was when the costumes needed to be secondary,” she explains. “We had enough other moments to add our own spice, so we intentionally stepped back for the Emmett Till funeral and Tulsa Riot scenes.”

There are many instances of uncomfortable duality in Lovecraft Country, both physical and metaphorical. In an impressive feat of costume design and special effects, the character Ruby Baptiste literally transforms from a vivacious Black woman into a rigid and calculating white woman. I won’t spoil it for you, but to say this was a true feat for Pink and her team is putting it mildly. “Both [Mosaku] and Jamie Neumann were incredible muses when it came to the Ruby/Hillary transformation,” shares Pink. “We approached the Hillary character as Ruby’s interpretation. How would she dress if…? And then when we put the clothes on Jamie, she automatically transformed into the character we had envisioned.”

Pink’s magnificent work can hardly be overlooked (fingers crossed she wins that Emmy), but remember: The costume design is just one element of the strange and terrifying world that is Lovecraft Country. Fortunately, the entire series is available for streaming on HBO, so you can catch up before TV’s big night… and then watch some historical documentaries if you’re prepared to be truly horrified.

Up Next: Vintage Fashion Lovers, Rejoice: Netflix’s Firefly Lane Is a Blast From the Past 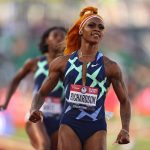 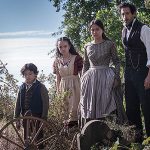