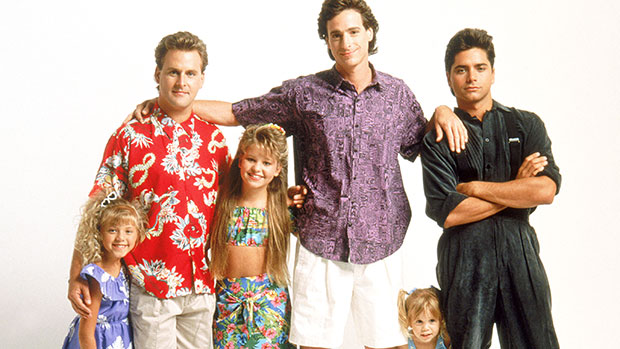 The ‘Full House’ cast reunited (virtually) for a video parody of the show’s theme song on April 8! The clip, starring John Stamos and most of the cast, advised fans to stay home amid the pandemic. Did Lori Loughlin and the Olsen twins make the cut?

This will certainly brighten up your day! The cast of Full House made guidelines and warnings about COVID-19 not so scary amid the global health crisis in a now viral video on Wednesday afternoon. John Stamos (Uncle Jesse) Bob Saget (Danny Tanner), Dave Coulier (Uncle Joey), Candace Cameron-Bure (DJ Tanner), Jodie Sweeten (Stephanie Tanner) and Andrea Barber (Kimmy Gibbler) all appeared in Full Quarantine — a health parody of the sitcom’s classic theme song, “Everywhere You Look.”

Noticeably absent from the cast video were twins MaryKate and Ashley Olsen, who played the youngest Tanner sister, Michelle, and Stamos’ on-screen wife, Aunt Becky, aka Lori Loughlin. Many fans noted that they didn’t expect the twins to appear in the reunion video, despite being for a good cause, due to their private lives. While they had high hopes, fans didn’t see a cameo from Aunt Becky, as she’s currently laying low while on trial in the infamous “Varsity Blues” college admissions scandal case.

Each cast member shared the video on their individual Instagram accounts, along with the same caption, “Full Quarantine” – Stay Safe and Stay Home. — Unlike #FullHouse this will all go away. The caption came from the text displayed at the end of the parody video. The cast used the hashtags, “#fullhousechallenge” and “#wewin.”

The video begins as the show intro does — the family cruising across the Golden Gate bridge in San Fransisco, CA in a red convertible with the top down. However, instead of Full House splashed across the screen in yellow, the parody version was titled, “Full Quarantine.”

In the video, Uncle Jesse attempts to wash his hands, while Danny sanitizes and prepares to mop the floor. Meanwhile, Uncle Joey, true to form, is fishing a slice of pizza from a dock and Candace plunges a toilet. Then there’s Stephanie who wakes up for a quick cameo before going back to bed. And, the clip ends with none other than Kimmy Gibbler, who’s wearing a bacon and eggs scarf, only to open the fridge and find no eggs left. 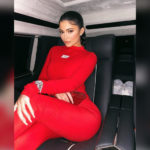 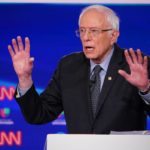