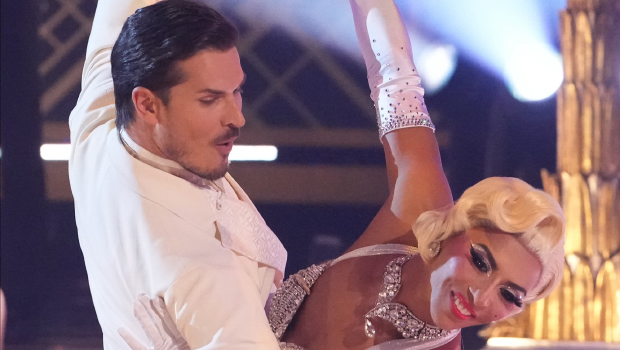 It’s time to get spooky in the ballroom! Halloween Night is one of the best-themed episodes every season of Dancing With the Stars, and this season is no exception. The 9 remaining couples will perform new routines and be split into groups to compete in a terrifying team dance.

Jordin Sparks and Brandon Armstrong start off the scariest night of DWTS with their tango to “Oogie Boogie’s Song” by Ed Ivory and Ken Page. Len Goodman calls the routine a “spirited performance” and the “best dance for me so far.” Derek Hough notes that when Jordin is “good it’s so good,” but he still wants to see more consistency. Carrie Ann Inaba agrees with Derek about consistency. However, admits the performance was “very good,” but she “struggled with the score.” Jordin and Brandon’s scores: Carrie Ann = 9; Len = 9; Derek = 9; Bruno = 9. Total Score = 36 out of 40.

During their Halloween rehearsals, Mark Ballas tells Charli D’Amelio that he’s had a flare-up with his lower back. He brings in Pasha Pashkov to rehearse with Charli just in case. Mark is able to perform a stunning Argentine Tango with Charli to “Tanguera” by Fabio Hager Sexteto.

Derek admits that he loved Charli and Mark’s “soft, smooth, sensual” interpretation of the Argentine tango. Bruno Tonioli calls the routine “genius.” Carrie Ann says Charli is “so incredibly talented,” but she wants to challenge Charli moving forward. She wants to see more intensity and intimacy with Mark. Len has so much praise for the performance, saying Charli “moved across the floor with effortless ease.” Charli and Mark’s scores: Carrie Ann = 9; Len = 10; Derek = 10; Bruno = 10. Total Score = 39 out of 40.

Daniel Durant and Britt Stewart’s week didn’t start out as planned. Daniel got sick and had to miss some rehearsals. But they hit the ballroom with a fierce Paso Doble to “bury a friend” by Billie Eilish. Bruno tells Daniel that he “counted all the way through,” and he only “missed a fraction of one step.” Carrie Ann says that “some of the shaping was a little broken” and the footwork felt a “little stompy” at times. Len adds that the routine “lacked some of the key elements that I like to see in the Paso Double.” But he says that Daniel and Britt gave a “proper performance.” Derek totally disagrees with Len. He loved the performance. Daniel and Britt’s scores: Carrie Ann = 8; Len = 8; Derek = 9; Bruno = 9. Total Score = 34 out of 40.

Shangela and Gleb Savchenko wow with their incredible jazz performance to Taylor Swift’s “Look What You Made Me Do” dressed as creepy dolls. Carrie Ann gives Shangela and Gleb a standing ovation. She says she “loved every minute of it” and tells Gleb that’s his “best choreography yet.” Len, referencing Shangela giving him some crispy chicken last week, tells Shangela, “Winner, winner, chicken dinner.” Derek calls the performance “sensational,” and Bruno adds that “Ryan Murphy couldn’t have put it together better.” Shangela and Gleb’s scores: Carrie Ann = 10; Len = 10; Derek = 10; Bruno = 10. Total Score = 40 out of 40. Their first perfect score!

Vinny Guadagnino and Koko Iwasaki get toxic with their Paso Doble to “Get Ghost” by Mark Ronson, Passion Pit, and A$AP Ferg. Len admits that he didn’t love the performance, but “there were no mistakes during the routine” this week. Bruno declares there was “nothing toxic in what you did,” but he advises Vinny to embody the moves more. Carrie Ann gives a note to Koko. She thinks the “choreography is too blocky” for Vinny and wants to see “more moves of momentum.” Vinny and Koko’s scores: Carrie Ann = 7; Len = 7; Derek = 8; Bruno = 8. Total Score = 30 out of 40.

Heidi D’Amelio and Artem Chigvintsev channel their inner alien to perform a tango to “I WANNA BE YOUR SLAVE” by Måneskin. They start out performing with an elastic band between them. Derek thinks that was Heidi and Artem’s “best dance” yet. Carrie Ann says that Heidi has a “beautiful precision” like Charli, but she believes the beginning of the routine was the “worst part.” Len agrees that Heidi always has “really good performances” but feels like she’s plateaued. Heidi and Artem’s scores: Carrie Ann = 9; Len = 9; Derek = 10; Bruno = 9. Total Score = 37 out of 40.

Gabby Windey had to adapt quickly after Val Chmerkovskiy tested positive for COVID-19. Gabby dances a sexy Argentine tango with Alan Bersten to “Shivers” by District 78 ft. Mikayla Lynn. “That was amazing,” Carrie Ann says, adding that she felt Gabby pour her heart into the dance. She also points out Gabby and Alan’s great chemistry. Len is always watching Gabby’s moves closely and noticed a “little incident” during the routine. He feels the performance was “too hurried.” Derek calls the performance “bloody brilliant.” Gabby and Alan’s scores: Carrie Ann = 10; Len = 9; Derek = 9; Bruno = 10. Total Score = 38 out of 40.

Wayne Brady and Witney Carson are out of this world with their contemporary routine to “Halloween Theme” by District 78. Carrie Ann notes that there was “intense choreography,” but she wants to see more from Wayne. Len says the performance featured “powerful, no-nonsense dancing,” but he feels there was a “sameness about it.” Bruno raves over the “absolutely clever routine.” Wayne and Witney’s scores: Carrie Ann = 9; Len = 9; Derek = 9; Bruno = 10. Total Score = 37 out of 40.

The final paired dance is from Trevor Donovan and Emma Slater. They perform a stunning contemporary to “Ghost (Acoustic)” by Justin Bieber. Len appreciates how Trevor came back “stronger” after landing in the bottom two. Bruno calls the routine the “most beautiful, gothic romance… that was brilliant.” Carrie Ann echoes what Bruno says, “That was an amazing performance.” Trevor and Emma’s scores: Carrie Ann = 10; Len = 9; Derek = 10; Bruno = 10. Total Score = 39 out of 40.

Now it’s time for the team dance round. The two teams will strive to earn a team score of 40 from the judges, which will be added to the individual scores. Team Wicked — consisting of Vinny and Koko, Shangela and Gleb, Gabby and Val, Heidi and Artem, and Jordin and Brandon — dance to “The Witches Are Back” from Hocus Pocus 2. Team Wicked’s scores: Carrie Ann = 8; Len = 8; Derek = 9; Bruno = 8. Total Score = 33 out of 40.

Halloween Night has come to an end, so it’s time for the latest elimination. The first safe couple is Daniel and Britt. Other couples who are safe: Trevor and Emma, Gabby and Alan, Wayne and Witney, Vinny and Koko, Shangela and Gleb, and Charli and Mark. This means the bottom two are Heidi and Artem, along with Jordin and Brandon. 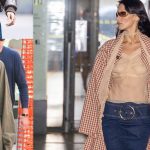 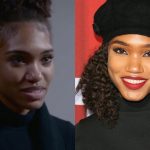