Another little El Moussa man is on the way.

Less than two weeks after announcing they were expecting their first child together, Heather Rae Young and Tarek El Moussa found out that they are having a baby boy.

The couple shared the joyous news on Instagram on July 24, both posting a video from a reveal party with family and friends. In the clip, Heather, 34, and Tarek, 40, do a countdown before launching poppers filled with blue confetti.

“It’s a boy,” Tarek is heard excitedly repeating in the video and the parents-to-be are seen sharing a sweet kiss.

The Flip Or Flop alum is already a dad-of-two, sharing daughter Taylor, 11, and son Brayden, 6, with ex-wife Christina Haack Hall.

After a long fertility journey, Heather and Tarek—who tied the knot in October 2021 after nearly two years of dating—announced they were officially expecting by sharing shots from a beachside maternity shoot on Instagram on July 13. 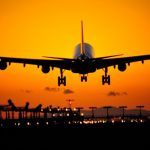 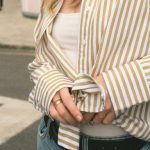