Did Kanye West attend Kourtney Kardashian and Travis Barker‘s Italian wedding? It was a nay for Ye.

The Kardashian-Jenner family has not disclosed if the artist, Kim Kardashian‘s ex, was invited to the couple’s lavish event, which took place May 22. But Kanye was busy that day with a previous engagement.

Kanye, who has often worked with Balenciaga Creative Director Demna, appeared to be in good spirits at the event, smiling widely as he chatted with and posed for pics with Offset—who shared a video on his Instagram Story—and with Anna in the busy lobby. Ye was also seen signing autographs for fans as he left.

On the other side of the world, Kim and other members of the Kardashian-Jenner family, all dressed in Dolce & Gabbana styles, gathered at the historic Castello Brown in the village of Portofino in Italy for Kourtney and Travis’ nuptials. 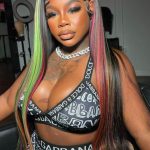 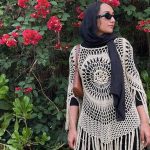