While Kanye “Ye” West considers Julia Fox his new muse, their romantic relationship is not serious.

The rap artist and designer, who has been in divorce proceedings with Kim Kardashian for the past 11 months, and the Uncut Gems actress had their first date over the New Year’s holiday, in Miami. Days later, they headed to New York City, where they watched a Broadway play and had dinner together, during which Ye, 44, had a professional photographer take pics of her. He later surprised Julia, 31, with a fashion photo shoot at a hotel. Pics of the two, including one showing them making out, were featured in an Interview magazine spread.

But despite the steamy session, a source close to Ye said that the rap star has “expressed it’s not serious” between him and Julia, adding, “He’s not looking for anything right now and is really focused on his business.”

Julia is on the same page when it comes to Ye. A source close to the actress told E! News, “She’s having fun and taking it day by day, but being a mom to her son is her number one priority.” Julia has a 12-month-old son from a previous relationship. 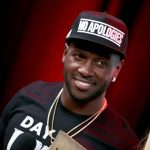 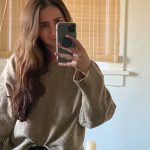