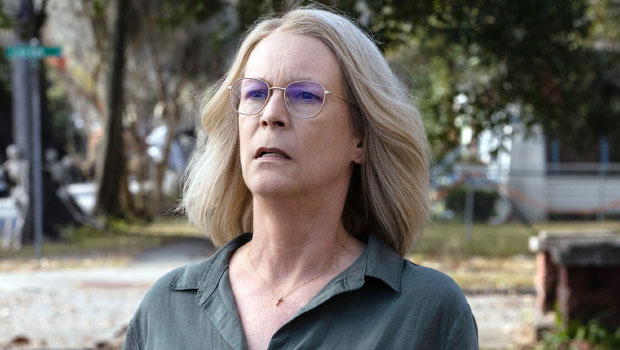 Michael Myers hasn’t seen the last of Jamie Lee Curtis…yet. As her longtime character Laurie Strode prepares to face off against the famed slasher yet again in Halloween Ends, fans are wondering just how many times she’s played the iconic, genre-defining “final girl” in the franchise. Here’s our rundown of every time she’s played the tenacious babysitter, from John Carpenter‘s 1978 classic, all the way up to the final installment, set to hit theaters on Friday, October 14.

Jamie defined an entire genre when she took on the babysitting job from hell in 1978. As Laurie Strode, Jamie fought hard to carve out a space in horror history, and she did a formidable job. When Michael Myers breaks free from the asylum and returns to fictional Haddonfield, Illinois on Halloween night, he comes face to face with a foe whose will to survive is destined to torture him for decades to come.

The relentless masked slasher hunts down and kills off Laurie’s friends one by one, ultimately losing out in his final battle against the ferocious teen who is literally hell bent on protecting the children she’s there to babysit. Try as he might, he can’t kill Laurie, and falls off a balcony after being shot by psychiatrist Dr. Loomis (Donald Pleasence). Of course, he escapes into the inky black of Halloween night, to kill again and again.

Jamie is known as one of the first women to carve out the role of the “final girl” in the strangely beloved horror trope. According to Fandom, director Carpenter cast her as a tribute to Alfred Hitchcock’s legendary horror flick Psycho, which of course starred her mother, Janet Leigh. Jamie was reportedly terrified she would be let go from the role. Instead, just like her mom, she was catapulted into film history.

Jamie’s pumpkin and knife gig was really gaining steam. In 1981, she literally revisited the original film for an extended cut that would be aired on television. Per Fandom, she had already cut her hair short and had to wear a wig for continuity. The storyline remained largely the same, but several additions were made in order to make up for the edits NBC’s Standards and Practices Department demanded. Of course, the all-consuming “Shape” was there, too.

It didn’t take long for Halloween fever to take a tight hold, and it was only a couple of years before a sequel hit. Both Jamie Lee and director John Carpenter returned for the bloody sequel as the decade turned, though Carpenter only shot limited scenes, with Rick Rosenthal helming the bulk of the movie. Taking place in the immediate aftermath of the first film, Laurie is rushed to Haddonfield Memorial Hospital, and there, as a patient, endures another gory round of stalking by the deranged killer. It was a creatively terrifying extension of the first film and cemented the franchise as classic. Laurie, of course, will live for another round. Jamie was 22 when she made the immediate return to Haddonfield.

The Halloween franchise was a runaway train by 1982, and it was only picking up steam. Though Jamie didn’t star in the wayward plotted movie, sharp-eared fans know she appeared in a voice cameo as the Curfew Announcer/Telephone Operator. Since the flick wasn’t actually related to the original storyline, and directed by Tommy Lee Wallace, it’s not generally considered a part of the Halloween Jamie is known for.

After a considerable cooling off period for both The Shape and Jamie, Halloween H20: Twenty Years Later made its debut over a decade and a half later. The modernized version had Laurie returning as a private school dean with a downright sexy pixie cut and appearing alongside Josh Hartnett and Michelle Williams, among others. More importantly, H20 marked her appearance in a horror film alongside her mom Janet, who played Norma Watson. Jamie starred as Laurie Strode/Keri Tate (witness protection, naturally), and the movie revived the franchise, and the original Myers storyline, in a big bloody way.

By 2002, a whole new generation had discovered the delicious thrill of the Michael Myers/Laurie Strode hunt. Helmed by Rick Rosenthal and sprinkled with a little supermodel and popstar magic (Tyra Banks and Busta Rhymes, anyone?) this horror flick proved that this series wasn’t going anywhere anytime soon. Jamie, for her part, continued to hold down the franchise with her teeth-gritting, unkillable strength. In this meaty sequel, Michael famously travels back to Haddonfield to wreak havoc on the cast of a reality show.

Another decade and a half passed before Jamie was ready to return to the role of a lifetime. In the meantime, Scout Taylor-Compton and Danielle Harris tried their hands at the role of Laurie in other Halloween films– but Jamie was always destined to return. Named simply Halloween, the movie would reset and update the iconic storyline with original elements and launch it into a trilogy that would ultimately wrap up with Halloween Ends — the highly anticipated finale set to his theaters on Friday, October 14. By now, Laurie has a daughter of her own, Karen, played throughout the trilogy by Judy Greer. John Carpenter served as an executive director, so his genius hand played a large part in the success of the direct sequel, produced by Universal Pictures — the home of the original film.

Taking a cue from Halloween II, Halloween Kills plowed straight through a pandemic to pick right up where the 2018 film left off. This go around, Laurie spends the better part of the film in a hospital bed while a vigilante mob forms, determined to take Haddonfield back. But it all goes oh, so terribly wrong, in the grand tradition of Michael Myers. Infused with plenty of tongue in cheek social commentary, the film did its best to keep the franchise alive, though it does feel like a typical middle installment.

Directed by David Gordon Green, who helmed the final three films for some tight continuity, Halloween Ends aims to take the last bloody forty years to a chilling climax and end it for good. So where, then, does that leave our hero, the beloved Final Girl? According to SFX Magazine, she won’t altogether rule out a return. “I was sitting in the exact place I am sitting right now when my phone rang, and it was Jake Gyllenhaal,” she reportedly told SFX (via GamesRadar) in its Halloween Ends cover issue this month. “I picked up the phone and he said, ‘Hey Jame, my friend David Gordon Green’ – who he had just worked with on the movie Stronger – ‘would like to talk to you about a Halloween movie.’ That was in 2017, in the summer. The last thing I thought five years ago that I would be doing would be a Halloween movie.”

Jamie continued, “And here I am, having now completed three of them with a fantastic creative group of people. That has not only been satisfying for me personally and creatively, but it has launched me creatively into a whole other world. I have a creative life now, because of the Halloween movie, and the success. I now have a partnership with Jason Blum at Blumhouse, I have a production company, I’ve written a horror film that I will direct, I am producing television series, I am buying books. All of that was the last thing I thought I would be doing five years ago. So to say never is stupid.”

But realistically, in other comments, Jamie thinks this is the end. “I need to now cut her loose and let her live in the minds and hearts of the fans that have supported her,” she told Entertainment Weekly in an October 11 report. “I now get to go off and do my own thing.” 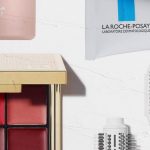 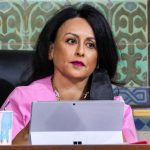