Roommates, people are getting really creative at finding ways to keep themselves occupied during this self-quarantine phase that the country is currently in the midst of. Jeezy is deciding to spend his down time with his girlfriend Jeannie Mai and her mom—who he introduced to one of the most beloved movies in the black community.

Jeezy (like the rest of us) is currently on self-quarantine duty with his girlfriend Jeannie Mai and her mother. Well, in effort to provide entertainment and education, he decided to put Mama Mai up on one of funniest movies of all-time, the 1988 Eddie Murphy classic “Coming To America.”

In a video posted to Instagram, Jeezy is seen sitting on the sofa with Mama Mai, as he looks to be having the time of his life—although, we’re not sure if she was feeling the movie as much as he was.

Jeezy and Jeannie have been dating for awhile now and things look to be getting very serious between the two, as she recently admitted that she is now thinking about possibly having children despite previously saying she never wanted to be a mother.

Could a Jeezy and Jeannie marriage and babies be on the horizon? Time will tell, but they are definitely one of the hottest couples of the moment.

As for “Coming to America,” don’t forget that the highly-anticipated and long-awaited sequel is set to hit theaters this year, but it could be pushed back due to the coronavirus outbreak. 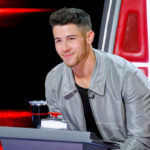 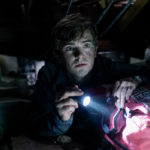