MacKenzie, who was previously married to Jeff Bezos before tying the knot with Dan in 2021, filed for divorce from Dan on Sept. 26, per court documents obtained by E! News on Sept. 28. According to the documents, the pair share a written separation contract which MacKenzie is asking the court to uphold in their split. The separation contract will be used to divide their possessions, property, assets and debts.

As for Dan, the court documents show that he signed on Sept. 19 to agree with MacKenzie’s petition. Dan’s lawyer had no comment when contacted by E! News.

MacKenzie was named the fourth richest woman in the world by Forbes in April, with her net worth reported at $43.6 billion at the time.

She reportedly met Dan through a Seattle school that her four children attended, where he worked as a science teacher, according to The Washington Post. They tied the knot in 2021. 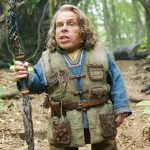 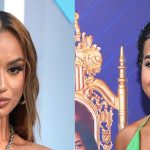