Clear it out! Earlier this week, Joe Budden announced that his co-hosts Rory and Mal would no longer be a part of his podcast “The Joe Budden podcast.” Listeners of the show speculated this would happen after leaked audio recently appeared online. Fans of the show headed straight to Twitter to talk about the audio, and Joe began to trend. As things seemed to die down, days later, Joe took to his Twitter on Wednesday and tweeted, “It’s been a helluva run,“ seemingly confirming their departure.

Today Jamil “Mal” Clay shared a snippet of a conversation addressing Joe Biden on his Instagram page with the caption, ” The lies are loud. The truth is quiet. Thank you to all of the supporters for your time and energy throughout the years. I appreciate all of you. Love and blessings.” He then advised his followers to click the link in his bio to purchase access to the full footage of the conversation.

In the clip, he made allegations against Joe by saying that he was withholding information on how much money the podcast was generating.  He claimed that Joe didn’t want to share the accounting information. Joe Budden went live to address those claims and shut down rumors that he planned to sue his former co-hosts. Although it may seem like there is tension, Joe said he still had love for Rory and Mal.

The Roommates flooded out comments once again and put their two cents in. A few of them said that the issues may have been able to been avoided if the me didn’t mix business with friendship. One commented, “They all hurt each other‘s feelings. Business and friendship Don’t mix, especially in a pandemic.” Another commented, “Joe doesn’t know how to nurture relationships. They don’t seem to be important to him.”

Roommates do yall think the friendship between these men will be able to get back on track? 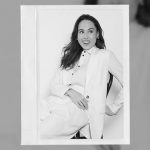