Hurst, who has also performed onstage with Kelly Clarkson and Janet Jackson, passed away after battling cancer on and off for eight years, although the official cause of death was not made public.

“My heart is so heavy,” Timberlake wrote on Instagram on Friday, Aug. 6, alongside photos and videos of Hurst. “We lost a beautiful soul this week. Nicole lit up every room she walked into. On and off the stage she was a constant source of joy and positivity. Some things feel so unfair and we will never understand why they happen. What I do know is that we were blessed to laugh with her, to travel with her, and to experience her infectious smile and love for a life filled with music.”

In his post, Timberlake included a video of Hurst taking center stage at one of his concerts with a solo performance of Lauryn Hill‘s “Ex-Factor,” with himself accompanying her on guitar. In another clip, she says of the pop star, “my bro over here” picked out the song, which he included in his set lists in his 2018 Man of the Woods tour. 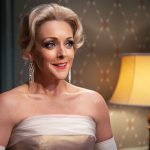 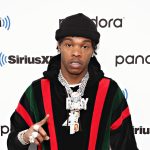