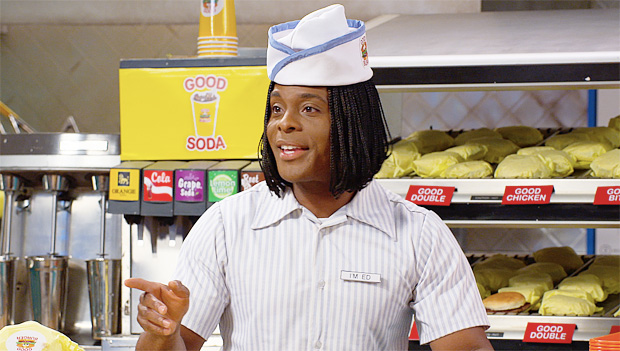 Can I take your order? Kel Mitchell reprises his iconic ‘Good Burger’ role in this EXCLUSIVE preview of the new episode of ‘All That’ and guest star Pete Wentz gets a lot more than he bargained for from Ed.

Fall Out Boy’s Pete Wentz shows up at Good Burger in this EXCLUSIVE preview of the April 11 episode of All That and Kel Mitchell’s Ed is ready to take his order. Pete asks for a whopping 5,000 good burgers and he has all the money needed. Ed brings out a tray of good burgers but it’s not nearly enough. Ed says that it’s going to take some time to bring the rest of the burgers from the kitchen, but then he remembers the burger hose. Pete instantly looks a little scared.

“They never let me use the burger hose,” Ed says. Wonder why? Ed ducks below the counter to get this mysterious burger hose. He brings it up and starts firing the burger hose at Pete and his friends! There are burgers EVERYWHERE. “Now that’s what I call fast food!” Ed laughs. Pete wonders how he’s going to pick up all these burgers. Ed doesn’t have an answer for him and adds that they’re out of bags.

“I always have so much fun working with our musical guests on the show! Most of them grew up on Good Burger, so when I put on the wig and walk around them on set, you see them turn into kids again!” Kel tells HollywoodLife. “Actually, Pete thought my wig was real and it flew off when we were taping the sketch. His eyes got really wide and he said I thought your wig was real bro! We both cracked up laughing!”

All That stars Ryan Alessi, Aria Brooks, Reece Caddell, Kate Godfrey, Gabrielle Green, Nathan Janak, Lex Lumpkin, and Chinguun Sergelen. Kel starred in the original series and serves an executive producer on the reboot. He has also made multiple appearances on the show. All That airs on Saturdays at 8:30 p.m. on Nickelodeon. 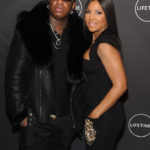 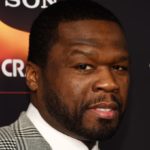