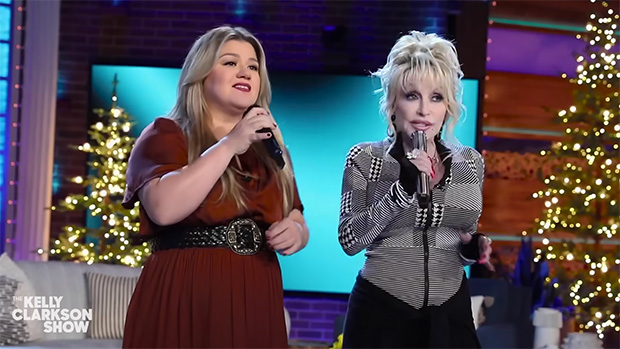 Dolly Parton and Kelly Clarkson gave a powerhouse impromptu performance of Dolly’s iconic love ballad “I Will Always Love You” during the Thursday, Dec. 1 episode of The Kelly Clarkson Show! In the clip, which you can view below, the country legend, 76, explained how she’d first heard Whitney Houston‘s version of the song while listening to the radio in her car. “I was just driving along, I had the radio on and I heard this…” she said. “When I heard the first ‘If I…’ I just freaked out. I had to pull over to the side because I honestly thought that I was gonna wreck. It was the most overwhelming feeling and you know how great that was.”

Dolly then recalled when Kelly performed the song at the ACM Awards back in March. “I’ve been meaning to tell you, that whole crowd, Whitney, she would’ve been so proud of you,” Dolly said. “It was incredible.” The suggestion was made that the two women should “sing a little together,” which Kelly, 40, hilariously nixed. “I will cry,” she joked.

However, Dolly talked the former American Idol star into harmonizing a few bars for the live audience on The Kelly Clarkson Show, and the results were spine tingling. “How about if I sing a little bit of it, and you sing harmony with me,” Dolly suggested. The audience erupted into applause, and Kelly quipped, “it’s the little things” after the gorgeous sit-down performance.

The dynamic duo teased their conversation via a Nov. 30 preview clip shared online. The video, seen below, showed Dolly, 76, and the American Idol alum, 40, working their vocal magic as they tweaked their rendition of the hit song “9 to 5” with what seemed to be flawless and agreeable communication. More behind-the-scenes footage showed Dolly praising the show’s crew for their hard work. “I love Kelly. I love your show,” she told Jason Halbert, the show’s music director. “Y’all do a great job.” Another fun look at the collaboration showed Kelly running around the stage in excitement after Dolly belted out some notes.

Dolly Parton’s Siblings: Everything To Know About Her 11 Brothers & Sisters

Kelly and Dolly have been close for years, and Kelly even honored Dolly and her musical achievements at the 2022 Academy of Country Music Awards in March by delivering a powerful rendition of the classic song, “I Will Always Love You”, famously covered by the late Whitney for the 1992 film The Bodyguard. After the performance, Dolly gracefully strolled on stage and thanked Kelly for her work. “I was backstage trying not to cry my false eyelashes off — slinging snot in every direction and tears,” she gushed to Kelly. “I know that Whitney is smiling down on us tonight, so thank you very much — she would be proud of that.”

The musical superstars teamed up earlier this year and released an official studio recording of the song, which debuted in the documentary Still Working 9 to 5. Dolly appeared on The Kelly Clarkson Show virtually to discuss her enthusiasm for the new rendition of the recognizable tune. “You did a great job on that, too. I love how you took that and just made it your own and I got a chance to sing background for a change,” she said to Kelly. “But I’m really proud of that rendition of it and I think hopefully it’ll do well for us!”

In addition to her flawless performance, Kelly has plenty to be thankful for this holiday season. Last month, her Christmas song “When Christmas Comes Around…” was nominated for a Grammy. Expressing her gratitude via a post on Instagram, Kelly wrote, “What an incredible group of artists to be nominated alongside as well! Thank you to all of those who put every ounce of time, energy, and talent into bringing this album to life! I couldn’t have done it without y’all! Thank you so much @recordingacademy for this nomination, and thank you @AtlanticRecords for always supporting and believing in me!” 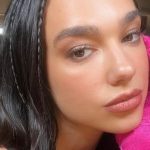 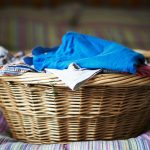