Roommates, divorce is never pretty, but it gets even uglier when money is involved! Kelly Clarkson is one of the most recent celebs to sign those papers and although she has just won primary custody of she and Brandon Blackstock’s two kids, he isn’t ready to walk away without a big pay day.

According to TMZ, Kelly and Brandon had been in a vicious battle regarding the custody of their two young children, 6-year-old River and 4-year-old Remy. Well, that battle has come to an end, with Kelly winning primary custody.

It was later reported that Brandon filed legal documents shortly after the custody ruling, asking for $436,000 a month from Kelly. $301k of that money is for spousal support ad $135k is for child support. He’s also reportedly asking for $2 million in attorney’s fees.

We can’t say for sure whether or not Brandon is just being a sore loser about the custody battle, but it is pretty suspicious that he would file directly after the judge ruling in Kelly Clarkson’s favor.

Kelly’s lawyer argued that their children would be in a more stable environment with Kelly in Los Angeles, as opposed to a joint custody agreement where they would live in Montana with their father part time.

“The court finds that the minor children are not now and have not been residents of Montana and that California is their home state,” Laura Wasser argued.

Hopefully the two can end this thing amicably for the sake of their children, but we’ll keep y’all updated as the story develops, Roomies! 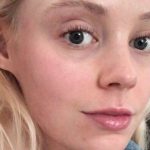