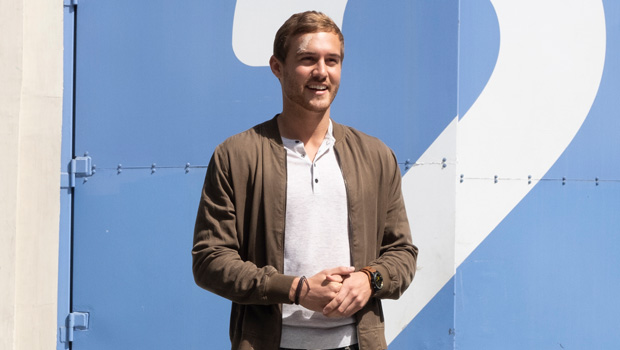 Peter learns a shocking secret about Victoria F. on this week’s episode of ‘The Bachelor,’ and he struggles to decide which three women he’ll take to the fantasy suite.

It’s time for hometown dates on the Feb. 17 episode of The Bachelor! First up, Peter Weber heads to Knoxville to reunite with Hannah Ann Sluss. Hannah Ann takes Peter axe-throwing, and afterward, Peter gives her a romantic letter that lists all the things he loves about her. Peter lets Hannah Ann’s mom know that he wants to tell Hannah Ann that he’s falling in love with her. Hannah Ann’s mom is supportive of the situation, but lets Peter know that it will take a lot more convincing with her husband, who is much more reserved.

Next up, Peter is off to Iowa to see Kelsey Weier. They start their day at a winery, and before Kelsey brings Peter to meet her family, she tells him that she’s in love with him. Peter does not tell Kelsey that he’s falling in love with her, but he does let her know that he could see a future with her. Kelsey’s mom is admittedly shocked that her daughter is falling so fast for Peter. She warns Peter not to break her daughter’s heart.

Kelsey gets emotional while talking to her mom and stepdad about her fear of getting her heart broken, but they assure her that they’ll support her through whatever happens. It’s a general fear throughout the household that Kelsey may get hurt by Peter at the end of this. Before the night ends, Peter lets Kelsey know that his “heart is definitely falling.”

Madison Prewett’s hometown visit is next, and it brings Peter to Alabama. They visit Auburn University, where Madison went to school and where her dad works, and they spend quality time with Auburn basketball coach, Bruce Pearl. Over dinner, Peter quickly gets welcomed into some of the Prewett family traditions.

Madison’s mom, Tonya, is concerned that Peter and Madison may not be on the same page when it comes to decisions that Madison has made regarding her faith. Madison admits that she hasn’t told Peter that she’s waiting until she’s married to have sex, and reveals that she’s unsure how he’ll respond to it.

Meanwhile, Madison’s dad, Chad, point-blank asks Peter whether or not he’s ready to commit to only Madison, and Peter is unable to give an answer — after all, there are three other women left. Chad is also worried that Madison and Peter’s values and morals don’t line up. At the end of the night, Peter reiterates to Madison that he’s falling in love with her (which he initially said last week), but due to her parents’ skepticism, she’s unable to say it back to him just yet.

Finally, it’s off to Virginia Beach with Victoria Fuller. After a relaxing day together, Victoria takes Peter to a Hunter Hayes concert, and everything goes super well. However, Peter gets quite a surprise when he runs into a woman he used to date named Merissa. She lets Peter know that she and Victoria used to be friends, but had a falling out, and she warns Peter to “be careful” when it comes to Victoria. Merissa claims that “many relationships have been broken up” because of Victoria, and he’s noticeably concerned.

Before meeting Victoria’s family, Peter confronts her with the information he learned. Victoria quickly gets defensive and denies breaking up anyone’s relationship. She doesn’t even want to talk about the situation, and has a major attitude about the situation. Peter accuses her of not wanting to fight for their relationship, and Victoria storms off.

Eventually, she calms down. Peter assures Victoria that he wasn’t trying to attack her or take Merissa’s word over hers. However, he’s concerned that she is so quick to walk away instead of talking things out and working on their issues. Victoria breaks down in tears and is comforted by Peter. Still, Peter leaves without meeting Victoria’s family.

Peter is more confused than ever because he still has strong feelings for Victoria, and during their conversation, she admitted that she’s falling in love with him. She shows up at his hotel room to talk, and apologizes for how everything went down. Peter admits that he’s worried about his and Victoria’s lack of communication. He says that he can’t have confidence in their relationship because he’s always worried that Victoria’s going to walk away like she did the night before. Victoria reiterates that she’s falling in love with Peter, and he decides to take time to thing things over.

At the rose ceremony, Peter gives roses to Hannah Ann, then Madison. Shockingly, he then gives the third rose to Victoria, which means that Kelsey is eliminated. Before the episode ends, Madison pulls Peter aside to talk, but we won’t see the results of their conversation until next week. 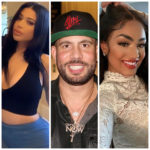 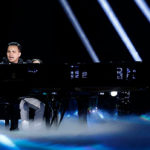