A lot of people aren’t feeling Ms. Keri baby’s energy today and it’s all because of a statement she made speaking out against censorship in response to Donald Trump’s Twitter account being permanently suspended.

Keri Hilson is not new to making controversial statements. She was once called out for irresponsibly sharing “5G” related conspiracy theories about the coronavirus and once again she’s on the defensive end of social media after warning that we’re wading into dangerous waters with the suspension of Trump’s Twitter account.

In her initial message, Keri shared a screenshot of Trump’s suspended account and talked about the risk of taking away freedom of speech.

She wrote, “This may be funny but it is a little dangerous too. Take Trump out of it for a moment..A democracy must include freedom of speech. Imagine other leaders or popular figures not being able to voice their opinion if it opposes the majority of world leaders.”

She continued, “Our freedom of speech being taken from us. Slowly but surely (censorship). If the leader of the free world can be removed, imagine that same right of civilians. Imagine believing every time you read ‘false information detected’ and propaganda deceptive reports. And flat out lies being the only thing we see.”

People on social media wasted no time coming for Keri following her message.

“Keri Hilson shows us everyday we were right to end her career,” one Twitter user wrote.

“Does Keri Hilson know whenever the president wants to communicate with the american people he can LITERALLY call a press conference at his house? This is why more people need to read,” another wrote.

But Keri tells us her message was misinterpreted and she fired back at her critics by stepping into The Shade Room to further explain her message. Read what she wrote below: 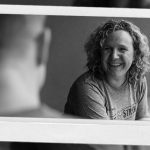