But three years later, Kim thinks about the experience with a fresh set of eyes, saying, “And now looking back, I think, why should he take that off if that’s what he believes in? Why can’t he wear that on TV? Half of the country voted for him, so clearly other people like him.”

“I learned a lot from that situation,” she continued. “No matter what, it taught me to be a little bit more empathetic for people that just want to do what they want to do: freedom of speech! And if you want to wear the hat, wear the hat. I respect the fact that he knew exactly what he believed in and always stood by that. To me, that’s a good quality to have, no matter who is against you and no matter what the circumstances are. I think that it’s just admirable and it’s just a really cool quality. Even if it’s not what I agree with, or even if I would have done it differently, I think it’s commendable.” 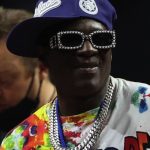 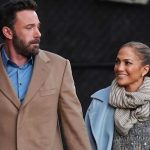