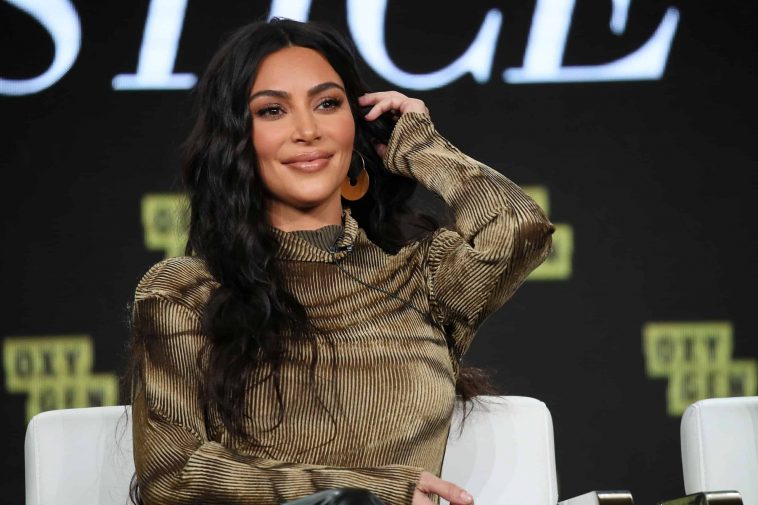 Alexa, run that ‘Rumors’ by Lizzo because Kim Kardashian is giving the streets something to “run tell that” about! The reality television superstar isn’t doing much to avoid dating speculations. In fact, on Wednesday, TMZ released footage detailing another casual hangout between Kimberly and Pete Davidson. The rumored baes reportedly grabbed pizzas and ice cream on Tuesday evening.

A photo shared by TMZ shows Kim and Pete sitting across each other in a restaurant booth. Two, medium-looking pizzas sit near the open end of the table. Although the photo is slightly blurred, what appears to be two diet Cokes and salads are also placed on the wooden table.

Reports say Kimmy Cakes and Petey swung by Jon & Vinny’s in Los Angeles. TMZ says the restaurant is “an Italian-inspired spot famous for pizza and pasta.” The pair reportedly entered through the back of the restaurant, sat in the same area, and exited the same way.

As previously reported, this actually isn’t Kim and Pete’s first time enjoying a pizza date. One of their first public link-ups was at a Staten Island restaurant known for their pizza and pasta.

Fans seem to think Kim and Pete’s romance began during their ‘Saturday Night Live’ hosting gig in October. She spent a week rehearsing with the show team, which might’ve included Pete given his full-time cast member status. During her viral segment, Kim shared a kiss with Pete in a parody ‘Aladdin’ sketch.

Following their pizza-based rendezvous, Kim and Pete popped into a Rite Aid for dessert. Paparazzi captured them holding hands as they approached and entered the national chain store. Pete is heard speaking to Kim, although it’s difficult to make out what he’s saying.

Once inside, photos from the outside show the celebrity duo embracing. Both of them had their arms wrapped around the other with Kim burying her face into Pete’s shoulder at one point. They exited the store hand-in-hand, licking Thrifty’s ice cream, giggling and smiling.

Meanwhile, estranged husband Kanye West is sparking dating talks of his own. At the top of 2022, he was spotted having dinner with actress Julia Fox in Miami. Apparently, they met in the city on New Year’s Eve. Then, the two reportedly linked in New York, caught ‘Slave Play’ and dined at the same restaurant as their first date, Carbone. Sometime immediately afterwards, Interview Magazine gave Julia the spotlight to confirm and detail their romance.

Julia described an “instant connection” with Kanye. She added, “his energy is so fun to be around. He had me and my friends laughing, dancing, and smiling all night.”

She told the magazine Kanye arranged a photoshoot inside of Carbone during their second date. Not only that, the fashion designer, also gifted her a hotel suite full of clothing.

“It was every girl’s dream come true. It felt like a real Cinderella moment. I don’t know how he did it, or how he got all of it there in time,” Julia said. “But I was so surprised. Like, who does things like this on a second date? Or any date! Everything with us has been so organic.”

What Happened To KimYe?

Prior to his whirlwind romance with Julia, Kanye seemed adamant on getting his family with Kim back together. During a benefit concert in early December, Kanye asked Kimberly via song to “run right back” to him. Hours later, Kim reportedly filed court documents requesting that her marital status be legally changed to single. She also requested that her maiden name be restored.

“Irreconcilable differences have existed and continue to exist between [Kanye] and me, which have caused our marriage to irretrievably break down,” Kim said in the documents. “No counseling or reconciliation effort will be of any value at this time. There will be no prejudice to [Kanye] if our marriage is immediately dissolved…”

Kim said she asked Kanye “several times” to agree on dividing their assets and ending their marriage since she first filed for divorce in February 2021.

“[Kanye] and I both deserve the opportunity to build new lives. Therefore, I am asking that my request to bifurcate and terminate our marital status be granted,” Kim said.