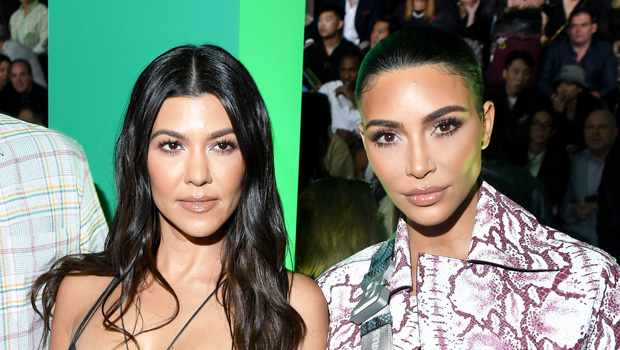 Kim Kardashian and her older sister Kourtney appeared to have an intense physical altercation during a moment of tension in the latest trailer for ‘Keeping Up with the Kardashian’s 18th season.

Things got heated between Kim Kardashian, 39, and her sister Kourtney Kardashian, 40, in the new season 18 trailer for Keeping Up with the Kardashians and it led to a swinging punch by Kim! Kim took to her Twitter page on Feb. 25 to share a video of the trailer and promote the upcoming season, which premieres on Mar. 26, and it was eye-catching to say the least.

In the clip, none of the sisters, including Kim, Kourtney, and Khloe Kardashian, 35, seem to be getting along and at one point Kim and Kourtney can be seen sitting and facing each other as Kourtney says, “You have nothing to say!” before getting up and appearing to throw some small item at Kim. The clip then cuts to a scene of Kim getting up and taking a swing at Kourtney’s face area while saying, “Don’t ever come at me like that.”

Although it’s not clear what Kim and Kourtney were arguing about in the video, it definitely gives good reason to watch the new season. Shortly after Kim posted the clip, her fans responded to the drama. “HANDS ARE BEING THROWN KIMBERLY????” one fan asked while another wrote, “It’s gonna be the best season ever I can’t f*cking wait.” A third fan stuck up for Kim and boldly threw shade at Kourtney. “Kourtney had it coming with her bitchy attitude. Yay Kim!!!” the response read.

Some of the hostility with Kourtney in the upcoming season of Keeping Up with the Kardashians may have something to do with her feeling like she doesn’t want to appear on the show anymore. The oldest Kardashian previously admitted that she wouldn’t care if the series ended and feels she has already shared a lot of her personal life and now wants to keep things private. “It’s not [our job]. There’s a fine line,” she told her sisters about sharing her private life on the Dec. 8 episode of season 17. “I shared my breakdown, crying about anxiety.” She also went on to express her feelings in her confessional in the episode. “This is so crazy. If they wanted privacy, I would never follow them or expose them,” she said.

Season 18 of Keeping Up with the Kardashians premieres on Mar. 26 on E!. 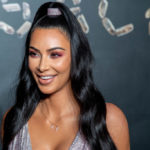