One of Kodak Black’s security guards was unfortunately injured early Monday after individuals reportedly opened fire on  Kodak and his entourage.

According to the Tallahassee Democrat, preliminary incident reports from the Tallassee Police Department state that the shooting took place in the parking lot of a Tallahassee McDonald’s. Police say individuals in a car were reportedly following Kodak and his team before opening fire. Kodak was the headliner at the Cultur3Fest, and he and his team were leaving Baja’s Beach Club on Pensacola Street when they were reportedly followed by multiple cars that tried to cut them off.

Alicia Turner, a spokesperson for TPD, confirmed the shooting and revealed that one person was seriously injured, but she didn’t provide any additional details.

In the preliminary investigative reports obtained by the news outlet, Kodak and his team went to a local McDonald’s and blocked the entrance with their vehicle. Kodak tried to go inside the restaurant to pick up his order, but his security team attempted to do so instead. That is when one of the vehicles that had previously followed them reappeared with individuals that began shooting.

A security guard was shot in the leg and was taken to a local hospital, and Kodak was transferred to another armored vehicle and taken away. The security guard that was unfortunately injured in the shooting was hit in the femoral artery in his leg and lost a large amount of blood and underwent surgery.

As previously reported, back in January Kodak Black was released from prison after being granted a pardon from Donald Trump before he made his exit a president. 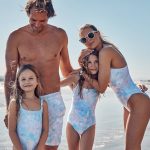 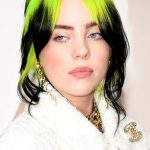