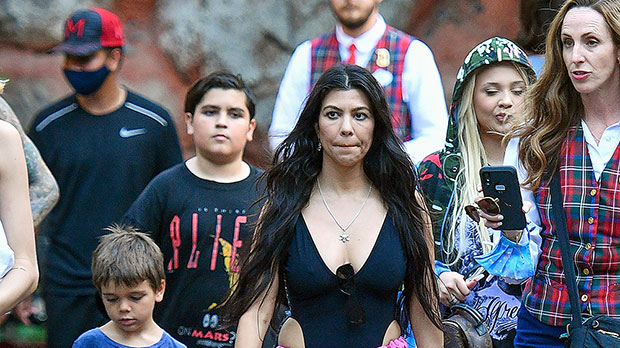 While many celebrities have had children from multiple marriages, many have found away to make their blended families work. Read on to find out about the lives of some of Hollywood’s most successful and prominent blended families.

Kourtney Kardashian was with her ex-boyfriend Scott Disick for almost ten years before they split for good. They had three children together, Mason, Penelope, and Reign. Meanwhile, Travis Barker had two children with his second wife, Shanna Moakler. Their names are Landon, 18, and Alabama, 16.

Kourtney and Travis tied the knot in May 2022, and Kourtney is apparently thrilled with the state of their blended family. “I love the idea of a blended family,” Kourtney gushed on a May 19 episode of The Kardashians. “The more kids, the merrier. It’s more people to love. I am really close with Travis’s kids and I love them. It’s a beautiful thing.”

Celebrity Families At The Beach: Photos Of Ciara & More

“Travis is really an amazing father,” she added. “It’s one of the reasons I fell in love with him. He is very, very patient. I think because we’ve all known each other, it does make it easier to blend our families. It’s all I could ever want.”

Hollywood bombshell Goldie Hawn was married to musician Bill Hudson from 1976 to 1980, per Hello Magazine. They shared two children together, actress Kate Hudson and Oliver Hudson. Actor Kurt Russell was married to Season Hubley from 1979 to 1983, and they had a son named Boston Russell together, via US Weekly.

Goldie and Kurt Russel got together in 1983, and have chosen not to get married since. However, their only child together, Wyatt Russell, was born in 1986.

“We have raised our children brilliantly; they are beautiful people. We did a great job there and we didn’t have to get married to do that,” Goldie said in 2007.

Singer Ciara was previous engaged to rapper Future in 2013, per The Sun. Although the two ended up breaking things off, they share a son together, also named Future. Ciara then went on to marry NFL player Russell Wilson in 2016. The couple now have five children together, Sienna and Win. “[It’s] been amazing to see all the kids interact with each other,” Ciara told People in March 2022.

Reese Witherspoon married fellow Cruel Intentions star Ryan Phillippe in 1999. She gave birth to their daughter Ava later that year, and their son Deacon arrived in 2003. They split in 2006, but reportedly remain on good terms when it comes to co-parenting their two children.

Reese later went on to re-marry, this time to a talent agent named Jim Toth. They wed in 2011, and Reese gave birth to her third child, a son named Tennessee, a year later. According to Reese, Jim has been a devoted stepfather.

Comedian Kevin Hart married his first wife Torrei in 2003. Two years later, she gave birth to their daughter Heaven. Their son Hendrix was then born in 2007, four years before Kevin and Torrei divorced. In 2016, Kevin married his second wife, model Eniko Hart. A year later, their son Kenzo was born. The couple then welcomed a baby girl named Kaori in 2020. “I think adding one more will really complete the Hart family,” Kevin told USA Today in 2019. “I like the fact that we have a family, that we have a household, and I like the fact that we now got a job to do to get better,” Kevin said on a podcast titled The School of Greatness following cheating allegations when Eniko was pregant with Kenzo.

The “If I Ain’t Got You” songstress Alicia Keys and rapper Swizz Beats have known each other since they were teenagers, but their romance did not blossom until many years later. Before Swizz married Alicia in 2010, he was wed to another woman named Mashonda Tifere, with whom he had three children named Nicole, Kasseem, and Prince. Alicia and Swizz then went on to have three children together, named Genesis and Egypt. Alicia released a song called “Blended Family (What You Do For Love)” in 2016, per Cafe Mom.

Television icon Steve Harvey has a whopping seven children from three marriages! He first became a father when his first wife Marcia Harvey gave birth to twin girls Brandi and Karli. He then had another child with Marcia, a boy named Broderick. He was married to his second wife Mary Shackelford from 1996 to 2005, and they share a son together named Wynton. He then went on to adopt the children of his third wife, Marjorie Harvey. Their names are Morgan, Jason, and Lori, the latter of whom is a successful model.

NFL superstar Tom Brady‘s marriage with model Gisele Bundchen may be a consistent source of public chatter, but many might not know that Tom actually has a child with another woman from a previous marriage. Tom’s ex-wife Bridget Moynahan found out she was pregnant with her son Jack when the two had already split. However, Tom and Bridget are reportedly on good terms when it comes to co-parenting their child. Similarly, Jack’s stepmother adores him. “I couldn’t imagine my life without [Jack]. I call him my bonus child,” Gisele said in a 2018 interview with People.

Tom and Gisele then welcomed their first child together in 2009, a boy named Benjamin. Their youngest, a girl named Vivian, was then born in 2012. 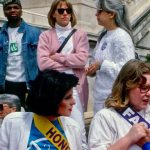 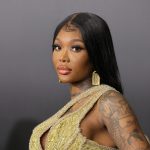