#Roommates, Lamar Odom seems to be in a better place these days after recently ending his engagement with former fiancée Sabrina Parr. However, it appears that the good times have come to a halt courtesy of his ex (and the mother of his children) Liza Morales. According to recent reports, Liza Morales has just filed a lawsuit against Lamar Odom due to his alleged failure to pay child support within the past year, causing her to face eviction.

@PageSix reports, Liza Morales, who is the mother of his two children, just went the legal route when it comes to getting alleged back child support from Lamar Odom. Morales recently filed documents in Manhattan Supreme Court claiming that Lamar completely stopped paying child support back in June 2020—and now the landlords of her upscale Manhattan apartment are threatening to evict her and their children. Morales also stated that Lamar’s “unilateral stoppage of all support” has made her unable to pay the $5,125 monthly rent on her apartment.

As contained in the lawsuit, Morales revealed that Lamar is required to pay $6,000 in monthly child support, in addition to college tuition and the premium for a $9 million life insurance policy—all of which have been delinquent for the past year. She further stated that due to the lack of child support, their son was unable to attend a four-year college and had to enroll into a local community college instead. Court records confirm that eviction proceedings began back in December and that Morales owes $50,000 in back rent plus interest.

Morales wasn’t done and further unleashed on Lamar, saying that the only money he has given is in the form of a few payments to their son, Lamar Jr. “In June 2020, Lamar stopped providing any support save for sporadic amounts sent directly to LJ, placing their son in a very difficult situation,” she said via the lawsuit.

Liza Morales is seeking $78,000 from Lamar Odom, which is the amount she says she needs to cover all of her delinquent bills and her son’s college tuition. Lamar has not publicly responded to the lawsuit. 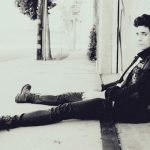 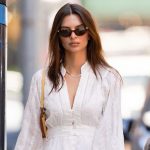