On the heels her of chart-topping latest album ‘Special,’ Lizzo is rolling out the project’s second single, the pop-heavy and upbeat track ‘2 Be Loved.’ Serving serious matrimony vibes, Lizzo stars in the video alongside legendary supermodel Tyson Beckford…who looks better than ever!

Following the number one success of ‘About Damn Time,’ Lizzo is aiming for another single to top the charts—and it just might be her new one. After premiering on radio about a month ago, Lizzo finally dropped the visuals for her fun track ‘2 Be Loved,’ starring none other than the gorgeous Tyson Beckford.

Lizzo co-directed the video along with Christian Breslauer, which picks up right where the video for ‘Truth Hurts’ left off, with Lizzo driving solo through the desert. In the video, Lizzo and Tyson are cuddled up together in the desert as she wears a wedding dress (complete with veil) and Tyson is styled in a white tank top and jeans.

She has a very busy next few weeks ahead, as she is nominated at both this year’s Emmy Awards and the MTV VMAs, where she was just announced as a performer. In addition to her music and reality competition show on Amazon Prime, she also recently launched her own shapewear line Yitty earlier this year.

Her fans will get a chance to see her up close and personal next month, when she officially begins her North American tour. 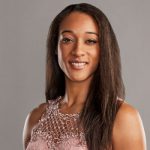