Lyfe Jennings is trending after he shared a story on Sunday about his time incarcerated in the same prison as Jeffrey Dahmer. Since Netflix released the limited series ‘Monster: The Jeffrey Dahmer Story’ everyone has been talking about the serial killer. Earlier today, Lyfe shared a message for critics who didn’t believe his story. On Instagram, the ‘Must Be Nice’ singer shared a screenshot of an article detailing Jeffrey was housed in the Lorain Correctional Institution in Grafton, Ohio.

“But something happened with the transportation, which is normal, so he stayed longer in max. But he never came to Ohio, right?? Lol, nobody gotta lie to yall yall still playing  R. Kelly at ya kids pool party but mad at me smh.”

As we previously reported on Sunday, Lyfe shared a series of videos on Instagram recalling Jeffrey asked him to sing. According to CBS News, this was during his ten years in prison for a 1992 arson conviction in Ohio.

In one video Lyfe explained about his interaction with the serial killer saying,

“One particular day, Jeffery was like, ‘that’s you down there singing?’ He was like I like R&B, and you will never guess what song he asked me did I know, Mint Condition’s “Breakin My Heart (Pretty Brown Eyes).”

“I ain’t saying, homie is a celebrity or nothing, I’m just telling you my experience.”

Roommates, what do you think about Lyfe’s story? 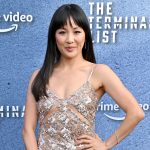 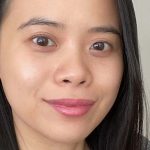