With Megan Fox by his side, Machine Gun Kelly is finding clarity.

On the heels of a hit new album and in the midst of a blossoming romance, the 30-year-old is having a special year—and one of self-improvement. As he shared in a recent chat with Dave Franco for Interview, Kelly, born Richard Colson Baker, has recently started therapy and is focusing on happiness instead of rebellion.

“I came from a father who was extremely religious and extremely strict, and wouldn’t even let me hold my pen the way I wanted to hold my pen,” the rapper, who shares 12-year-old Casie with ex Emma Cannon, explained. “That made me rebel completely, and cut off communication completely, because I didn’t want to have any common ground with him. I don’t want to have that with my daughter. Honesty is the key to that relationship.”

During the interview, the singer also spoke candidly about his Adderall addiction and the impact it had on his artistry. “I think I watched myself believe that drugs were how you attained a level, or unlocked something in your brain, and I’ve seen the pros and cons of it,” he described. “Adderall was a huge thing for me for a long time. And I went from orally taking it to then snorting it, and then it became something where I was scared to ever go into a studio if I didn’t have something. I wouldn’t even step out unless there was a medicine man who was going to visit me and give me what I needed. And that’s where it becomes a problem.” 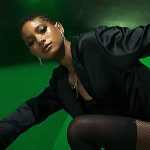