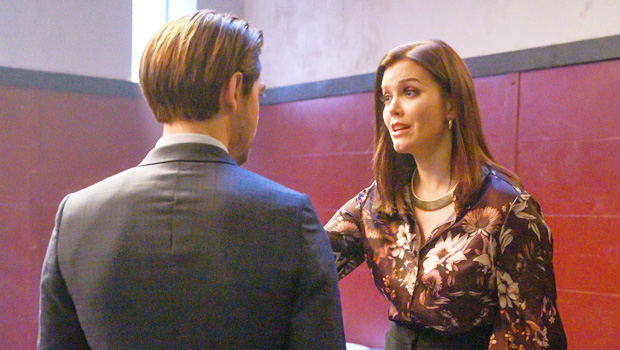 The Feb. 10 episode of ‘Prodigal Son’ featured a game-changing twist that left a life on the line. HL spoke with Bellamy Young about Jessica’s mindset moving forward after what she witnessed and more.

Jessica went to Claremont with the intention of killing Martin during the Feb. 10 episode of Prodigal Son. However, it was Malcolm who ended up stabbing his own father. Jessica watched in horror as her son showed that he’s not entirely unlike his father when it comes to bloodshed. Bellamy Young talked EXCLUSIVELY with HollywoodLife about Jessica’s feelings about Malcolm stabbing Martin, possibly taking his life, and why Jessica wasn’t able to do it.

“It’s such an interesting moment she finds herself in when the Carousel Killer, in some ways, gives her everything she wished for in her darkest hour, the agency to send Martin from this planet,” Bellamy told HollywoodLife. “Except in times of self-defense, there’s a big chasm between people who can and cannot take a life. I just don’t think Jessica is on that side of the chasm. Except playing that last scene with the fellas, that’s a big turn for Jessica. I mean, yes, she’s trying to work herself up to it, but it’s a cerebral thing. She ultimately knows she can’t stab him. But when she finds out he took Malcolm to the cabin to murder him,  I think that’s where that whole scene turned for Jessica. I think that she thought in the world that is Martin, there was a little island called ‘father’ that might have had a shred of what she knows is normal and what she thinks is human. I think she saw that just disappear and she saw him for the true monster that he is. When she says to Malcolm, we’re running out of time, I think in that moment she might have been capable of anything. But then it’s followed so precipitously by the darkest moment of her life — watching her son, without flinching, shove a needle into his father’s heart. All these years she watched him to see if he’d torture animals or if he were able to make friends or be social in public. So far, he seems to have been going along well, but in that moment, she sees their oneness.”

Jessica is stunned at what Malcolm has done and we have yet to see complete fallout of this moment between Jessica and Malcolm. “I will say from Jessica’s point of view, all that matters is Malcolm,” Bellamy stressed. “If Martin lives, if Martin dies, she is just somewhere I feel at the precinct talking to JT and Dani, trying to figure out what her strongest move is to protect Malcolm. She has watched her worst fear come true watching Malcolm possibly take a life and now she feels completely backed against the wall. She’s coming out fighting and doing anything to save him.”

HollywoodLife asked whether or not it could be a possibility that Jessica couldn’t kill Martin because she still has feelings for him. After all, they were married and he is the father of her children. “I do think about that, and when they see each other, there’s still a little heat,” Bellamy said. “I really do think they have quite the connection. I think it all died when he said he was going to kill their son. I just don’t think there’s any way you can come back from hearing — husband or ex-husband — say that there was a time they traveled your son out of state line in order to kill him. Even if he decided not to, I think that’s just something you can never come back from.”

The question that really got Bellamy thinking was, is there a part of Jessica that thinks about whether or not Martin ever tried to kill her? “God, maybe,” Bellamy continued. “I love that question, Avery. That’s a question that will haunt me. Well done. I think she’s many times thought, ‘Why didn’t he try and kill me? Did he love me at all? Was this just this cover like a laundromat that cleans the money from the bookies where we just sit up front?’”

Things may be looking up for Jessica in the near future. A romance could possibly be on the horizon for her. “I would never rule it out,” Bellamy teased. “I think Jessica been opening up to a lot of things lately and finding which roads are right for her and which aren’t. I would never put it out of the question.” Prodigal Son airs Mondays at 9 p.m. on FOX. 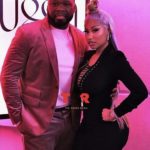 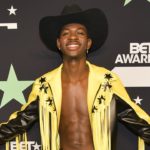