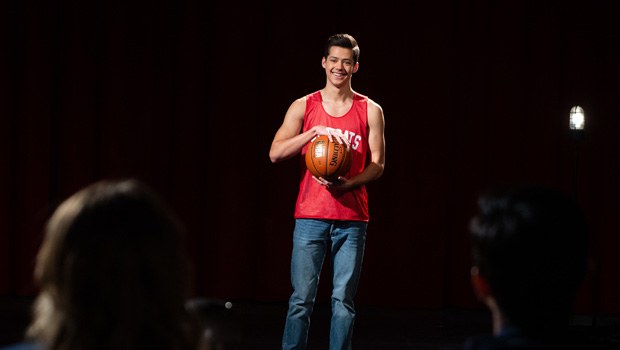 There’s a new Troy Bolton in town. HL spoke EXCLUSIVELY with Matt Cornett about what to expect in the ‘HSMTMTS’ finale and his hopes for season 2.

The High School Musical: The Musical: The Series season 1 finale will air Jan. 10 on Disney+. The penultimate episode featured Ricky giving the role of Troy Bolton to EJ — in the middle of the show! — to help Nini. EJ’s ready to rock but you know the production has a few more last-minute surprises in store. When it comes to HSMTMTS, you never know what’s going to happen.

HollywoodLife talked EXCLUSIVELY with Matt Cornett about what comes next after EJ puts on Troy’s jersey. While Matt is on Team Ricky, he was happy to see EJ finally get what he wants. He teased that EJ has a major “moment” in the finale that will make everyone see him in a new light. Fans will also get what they’ve all been “hoping for” in the finale. The show has already been renewed for season 2 and Matt would love to explore more of EJ’s “home life” in future episodes.

What was your reaction when you read the script and saw that Ricky was going to give EJ the role of Troy?
Matt Cornett: The thing is, a lot of people find this really weird that I say this, but I have been since day one Team Ricky. So immediately I was like, ‘No, you can’t quit the show.’ But then looking at it from my character’s standpoint, it was great. EJ’s finally getting what he wants, but then knowing where EJ is at this point, there was that part of me that was like, ‘Is EJ actually going to take the offer up? Because he wants to try to be a different person.’ Even though that’s a huge temptation for him, he also does want to be the guy that’s like, ‘Man, I want to let you do this because I know it means so much to you, but oh my gosh, it means so much to me.’

Given what we know, we see EJ ready to roll as Troy. What can you sort of tease about how he’s going to handle it?
Matt Cornett: Well, let’s be honest, EJ has been ready for the role of Troy since he was born. I think it is a moment that he is ready for and he has obviously wanted since the start of the series. As much as he wants to be that guy, it’s also kind of an offer that he can’t turn down. He’s ready for it and he goes on and stars as Troy. You see some interesting things happen as he and Nini play Troy and Gabriella. You see the hilarious realization when Nini turns around and sees that Troy is actually EJ.

What can fans can expect in the season one finale?
Matt Cornett: I think fans are going to be really excited because I think everyone’s going to get what they’ve been hoping for in any way, shape, or form, whether it be certain friendships that are created or relationships that are mended or certain characters finally kind of coming together to work together or whatever it may be. I’ve already had people message me and be like, ‘When can I see this cast put on the actual full play of High School Musical because I want to see it.’ It’s like, well, we only filmed two episodes worth of the play. We don’t quite have that yet. I think overall it’s just kind of seeing where these characters finally end for this season and seeing where there is to go for them in the future.

EJ made some questionable decisions early in the season, that’s for sure. But he’s been trying to make up for it. How do you feel about how EJ’s journey started and how it ended?
Matt Cornett: EJ was such a fun character to play because there was so much to play. You had a lot of layers. The journey that EJ went on just in the writers’ room is insane from what I’ve been told by Tim Federle, who created the show. But EJ at the start of the season, even I was like this guy is a mess. He’s getting himself in a lot of trouble that you can’t really dig yourself out of. But I think that’s the good thing that Tim and the rest of the writers are really good at is writing characters where even though they get themselves in trouble, they also have a lot of redeemable qualities. EJ has been trying to figure out what it is he needs to do to just be himself and be that more likable guy. I think EJ finally realizes that he doesn’t have to try to be likable. He just needs to be himself rather than put on this front. He finally has a moment that I can’t wait for fans to see. I think this will finally be a moment that is the overall kind of aha moment that EJ is really not all that bad.

I feel like his intentions are ultimately good ones…
Matt Cornett: His intentions are good. He’s very self-centered, I will say that. I’ve always said that he’s got the right intention but he goes about them the wrong way.

The show has been renewed for season 2 and there are endless possibilities for this show and where it could go. Is there anything you would want to see with EJ in a second season?
Matt Cornett: We never really got to see EJ’s home life and EJ’s family. EJ and Ashlyn are cousins, so I think it’d be really cool to kind of see EJ and Ashlyn together at home with EJ’s parents as being Ashlyn’s aunt and uncle, as well as Ashlyn’s parents being EJ’s aunt and uncle. I think it’d be cool to see that family dynamic as a side story because we did get to see a lot of Ricky’s home life, which was a roller coaster of emotions. Also, EJ is a senior in this first season and the second season will obviously be a bit forward in the future, so I think it’s something worth noting to see kind of EJ’s struggle with graduating soon and seeing him deal with that. I mean, real-life seniors go through a lot of stress. Even though they’re ready to get out of school, they go through a lot of stress because they do create a family and friendships at school.

This first season featured the love triangle between EJ, Nini, and Ricky but I loved the dynamic between EJ and Gina. Is that something that you would like to see more of in the future?
Matt Cornett: First of all, I have to start by saying that Sofia Wylie is one of my favorite human beings. She’s the sweetest human that I’ve ever met, but she made it so much fun to get to play that relationship between EJ and Gina. I think a reason that their dynamic is so fun is because they are both in the same position. They’re both used to getting what they want and they’re both in the position where they’re the underdogs in this show. They’re both wanting the lead role and throughout this first season, they’re learning to be humble and just be themselves. That’s really all that matters is just being yourself. So I think that’s why the dynamic is so fun because they are kind of in the exact same position. But I’m also really excited to see some future interaction between them because I think the future for EJ and Gina is going to be hilarious because I think they’re going to try to work together and get each other into more trouble. 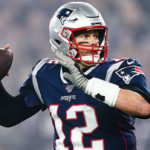 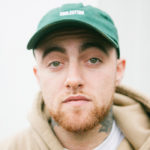