Whew! Megan Thee Stallion’s camp is clearly full of ride or dies! As we previously reported, Meg recently revealed that she is having some trouble with her record label, and her friends are not here for anybody’s criticisms of the career she’s built!

After Megan aired some dirty laundry about the folks over at the 1501 Record Label, the label’s Instagram account posted a photo of the CEO with the caption: “At a time when loyalty is at an all time low it’s nice to be link with [@jprincerespect] who is steady teaching me how to move in this cutthroat industry. And I know that terrifies some especially the ones who double cross me. #paybacksab*tch #1501 #mobties”

Its unclear whether or not the label was throwing shots at Meg for saying what she said, but folks in the comment section sure seem to think so! One Instagram user had a big opinion, claiming 150 made Megan, invested large amounts of money in her, and financed her career.

Well, Megan’s bestie Kelsey Nicole was not here for it, and she shut this man down in every way possible. She makes it clear that Megan has invested her own money into her career for years, and even defends the point that she is uneducated because she did not understand every clause in her contract.

“Last but not least, when Megan got with 1501 they didn’t have to do any artist development. Truth be told, she developed 1501. It was a hand in hand situation, which the hand your supporting unfortunately lacked on supporting their own entirely.”

What are your thoughts, Roomies? Let us know in the comments! 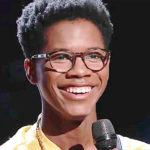 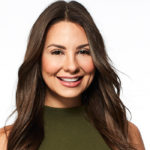