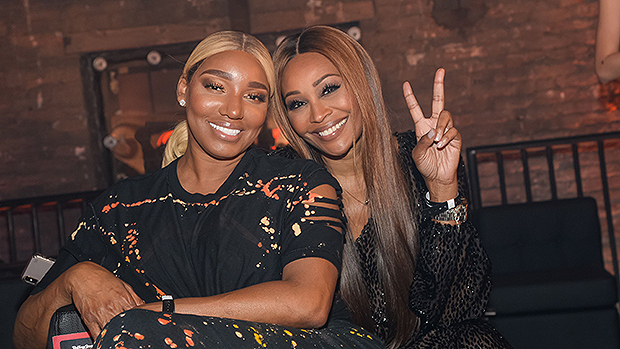 NeNe and Cynthia finally decided to put an end to their friendship feud, during the Feb. 16 episode of ‘RHOA’, when met up and agreed to put their differences behind them.

NeNe Leakes and Cynthia Bailey‘s feud is finally over! One year after they suffered a falling out over an act of betrayal on Cynthia’s part — involving Kenya Moore surprisingly attending a party — the ladies both admitted that they hurt each other in the time since and now want to move forward with their lives. It all started on the Feb. 16 episode of The Real Housewives of Atlanta, when Cynthia sent NeNe a thank you note for the congratulatory hors d’oeuvres she sent for the opening of Cynthia’s newest business, the Bailey Wine Cellar. Cynthia also asked NeNe to have a glass of wine there, so they could talk through their problems. Obviously, both went into the meeting with hurt feelings, but they also wanted to put all the drama and pain behind them.

“It really sucks to be in this place with NeNe. I’m not concerned about us being the best of friends again, but I can’t stand walking around knowing that she hates me,” Cynthia said. “This has been a long time coming for us to sit down and have a conversation. I feel like we deserve to at least have a mutual respect for each other.”

But before they got very far into the conversation, NeNe wanted to know why Cynthia had called her a “toxic friend” — which was something NeNe didn’t feel was fair, considering all she had done for Cynthia over the years. “This is somebody I considered to be a sister, and I felt she was out saying I was a toxic friend,” NeNe said. “‘Toxic’ is heavy because I thought I was a good friend to Cynthia. So I thought that was a stretch. I thought the word was nasty.”

Cynthia said, “When you are a friend, you are an amazing friend. When things go left, then you can be very closed, you’re very quick to shut people off, pretty much close people away. When I made that statement, you had said something things, I responded to some things, we both had said a lot. Maybe toxic was a little strong, but I felt like the last time that we were together, I was trying to explain a situation to you and I felt like you were completely closed to hearing it. And then I actually saw you saying things about me that I didn’t like. … You have said I was weak and insecure, which is not true.”

But NeNe felt she was justified in calling Cynthia “weak”, and they continued to go back and forth without agreeing on anything. And things got so heated that NeNe walked out in tears. But that just made Cynthia realize that NeNe was “struggling to have an accountability or own any of this.” So instead, Cynthia took “the high road” and apologized.

“I know that I hurt you,” Cynthia said. “I am sorry. … I know I have said some things that were not nice to say. Just give me a hug please. NeNe, I’m sorry.”

Following their apologies, each lady had a few words to say in their private confessionals.

“There is a sense of relief, because we have so much history with one another. We took one step, but I’m sure we can take two, we can take three. It can only get better. So I feel like it was all worth it,” NeNe said, while Cynthia concluded, “No matter what I go through with NeNe, we were friends. I’m always going to have love for her and wish her well. How do you just stop loving somebody and caring about somebody, whether you were friends or not?” 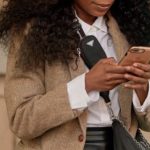 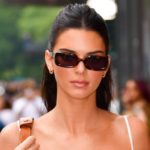