Nicki hasn’t been the only star to voice their support for Britney amid her drama with Kevin, who she divorced in 2007 after less than three years of marriage.

When Britney—whose 13-year long conservatorship was terminated last November—shared some words of wisdom she once heard from Jennifer Lopez in an Aug. 13 Instagram post, the Marry Me actress responded, “Stay strong.”

Britney’s husband Sam also came to her defense after Kevin claimed in an interview with ITV News, which was excerpted by Mail on Sunday, that the Grammy winner’s scantily-clad social media posts were one of the reasons for why their sons “have decided they are not seeing her right now.”

Calling Kevin “irresponsible to make that statement publicly,” Sam wrote on his Instagram Story on Aug. 6, “My wife has never posted a nude selfie except of her butt [which] is quite modest these days. All other posts were implied nudity [which] can be seen in any ad for lotion or soap.”

Sam added, “There is no validity to his statement regarding the kids distancing themselves.”

E! News reached out to Kevin’s attorney for comment regarding Nicki’s remarks but did not hear back. 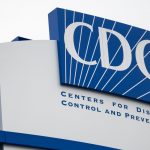 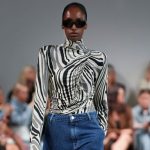